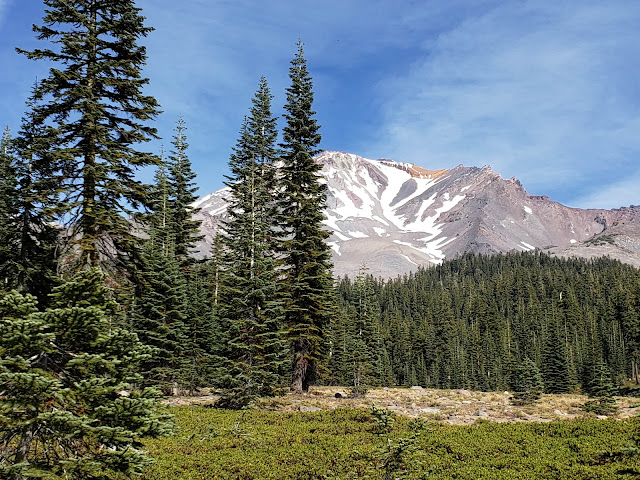 The fiftieth anniversary of Earth Day has arrived and creation groans. It waits to be set free from its bondage to decay and subjection to futility. I doubt Paul had Earth Day in mind when he wrote these words to the Church in Rome, but they are suggestive.  So, consider them for a moment. Consider what it means for creation to groan.

18 I consider that the sufferings of this present time are not worth comparing with the glory about to be revealed to us. 19 For the creation waits with eager longing for the revealing of the children of God; 20 for the creation was subjected to futility, not of its own will but by the will of the one who subjected it, in hope 21 that the creation itself will be set free from its bondage to decay and will obtain the freedom of the glory of the children of God. 22 We know that the whole creation has been groaning in labor pains until now; 23 and not only the creation, but we ourselves, who have the first fruits of the Spirit, groan inwardly while we wait for adoption, the redemption of our bodies. [Romans 8:18-23 (NRSV)]

What did you hear in the passage that you might not in an ordinary moment?

In my sermon this past Sunday I shared a word from Hildegard of Bingen that spoke of our symbiotic relationship to nature. If she’s correct in her assessment, even if she wrote her meditation in the Medieval period, we need to keep this in mind. She was also rather prescient about the negative human impact on creation (remember she’s writing in the 12th century).

Then I heard air, earth, water, and fire complain to  the tall cosmic man who wore the wind and earth’s greenness:

We can no longer do what God ordained us to do. We want to finish the journey He gave us, but we can’t. We would run like we were meant to, if we could. But humans mistreat us. They abuse us. That’s why we smell so horribly. That’s why we’re black with pollution and teeming with plagues. Is there no justice in the world? No order?

I’ll cleanse you with My broom. I’ll also put humanity on trial, until they repent. And they will. Whenever you’re contaminated, I’ll cleanse you by punishing those who pollute you. Can anyone belittle Me? See? When people don’t follow My teachings and learn to speak with divine honesty, then the air (like the breath accompanying their unholy words) is bad. Greenness also withers when humans pervert my teachings, saying, “How can we know a Lord we’ve never seen?”

But I say to them, “Don’t you see Me day and night? Don’t you see Me when you plant your crops, and when your seeds are nurtured by rainwater? All of creation has an affinity for its Creator and knows that one Person made it. Only people rebel. Seek God in the books His wisdom made, and get reacquainted with your Creator. [Butcher, Carmen Acevedo. Hildegard of Bingen: A Spiritual Reader (pp. 147-148). Paraclete Press. Kindle Edition.]

Hildegard’s cosmic man suggests that the greenness withers when we pervert the teachings of the creator.

While Paul writes in Romans 8 suggesting that the suffering in this life doesn’t compare with the coming glory, we need not take this as an invitation to ignore our relationship to the rest of creation. We can instead see this as a reminder of our solidarity, or community, with all of nature. Then, perhaps, we can recognize that creation groans under the weight of human abuse of nature, and thus it awaits a conversion experience on our part, where we recognize our need to be liberated from our abuse of God’s creation. Paul offers us an embodied view of reality, not a gnostic one. Our salvation is not liberation from the body but its redemption, along with God’s creation. Thus, to honor a day like this is not out of line with our profession of faith in Christ.

Let us remember on this 50th anniversary of the first Earth Day that the first observance emerged from major environmental disasters in 1969 (the oil spill in Santa Barbara and the fire on the Cuyahoga River in Cleveland), disasters that led to the creation of the EPA (now under attack) and many of the important environmental laws that helped clean up the skies and the waters of the United States. The creation is groaning. It is making its voice heard by God. The question is, are we also hearing that groaning, so that we might be redeemed along with creation?