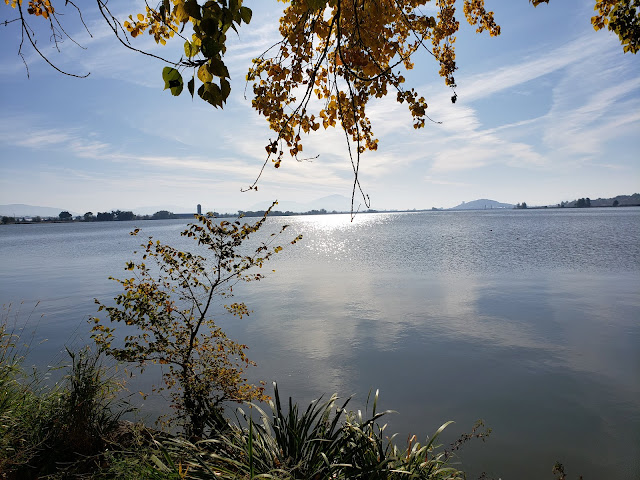 17 If you invoke as Father the one who judges all people impartially according to their deeds, live in reverent fear during the time of your exile. 18 You know that you were ransomed from the futile ways inherited from your ancestors, not with perishable things like silver or gold, 19 but with the precious blood of Christ, like that of a lamb without defect or blemish. 20 He was destined before the foundation of the world, but was revealed at the end of the ages for your sake. 21 Through him you have come to trust in God, who raised him from the dead and gave him glory, so that your faith and hope are set on God.

22 Now that you have purified your souls by your obedience to the truth so that you have genuine mutual love, love one another deeply from the heart. 23 You have been born anew, not of perishable but of imperishable seed, through the living and enduring word of God.

In the meditation I wrote for the Second Sunday of Easter, which drew from verses 3-9 of 1 Peter, I lifted up Peter’s reference to an “imperishable inheritance” that is rooted in the resurrection of Jesus. Now, as we move farther into 1 Peter 1, we hear a word about imperishable seed, with which we have been born anew. The phrase “born again,” which is drawn from passages like this (and more specifically from John 3) has become rather overused and perhaps misused to describe a particular sector of the Christian community. One might be asked if he or she is a “born again Christian,” which usually involves the question of whether one is a conservative evangelical? While I don’t identify as a conservative evangelical, I would like to consider myself having been born anew in Christ. But that will require that we define our terms carefully.

It’s unfortunate that terms, like born anew and born again, have taken on a sectarian meaning because this phrase (and related phrases) has great meaning for the Christian community. Throughout the New Testament, from John’s Gospel to Paul’s letters to 1 Peter, the idea of newness is present. The message of the Gospel is that, as the Brian Wren hymn puts it, “This is a day of new beginnings.” For many of us, there are points in our lives when we have experienced new beginnings. We might even say that we were born anew in the Spirit. Here in 1 Peter, we hear a word about new birth that is directed at those who have been ransomed from their past futile ways through the blood of Jesus Christ, the lamb without defect who has been raised from death by the Father.

This word is written to those whom Peter addresses as exiles. The nature of the exile isn’t specified, but it appears that the people Peter is speaking to have experienced some form of alienation that is due to their conversions. As I noted in the previous reflection, it is not clear whether Peter is writing to Jewish Christians or Gentile Christians. Words like exile suggest Jewish Christians, but that’s not necessarily true. In this passage, it does seem that the audience is composed of those who are Gentile converts. To convert would have required leaving behind one’s old life, including the cultural expectations of giving allegiance to the local gods, as well as the Roman gods. To not do so was the Roman equivalent of refusing to salute the flag. It is said sometimes that if Jesus is Lord, then Caesar is not. For first-century Christians, especially Gentile Christians, to say yes to Jesus not only offered a new beginning it involved a change of allegiance. That would lead to alienation from one’s cultural context. Peter writes to encourage those experiencing exile because of their faith, Peter reminds them that God is an impartial judge, so they should live in reverent fear. In other words, the God who liberates judges the world with fairness, so they can let go of the futile ways of the past knowing that God is with them.

When it comes to the means of their redemption, which Peter defines in terms of being ransomed, the process is set within a larger cosmic framework. First Peter affirms the pre-existence of Christ, declaring that Jesus was “destined from the foundation of the world” for this purpose. This reference is suggestive of Jesus’ divine identity, though it is not a clear trinitarian reference. Whether we can read this from a trinitarian perspective this word about Christ’s death and resurrection does give us a sense of God’s nature. God is fair, just, impartial, and committed to setting things aright when they get off track. Joel Green puts it this way in his commentary on the passage:

Peter (1) assures his audience that the plan of God finds its goal in the community of the faithful and, in this way, (2) confirms the location of his audience, whose lives might be characterized as marginal in the world-at-large, as nonetheless at the heart of God's will. Not unlike the work of Hellenistic historians and consistent with Jewish voices, Peter urges that, beneath the surface of day-to-day events, divine guidance is at work. [Joel B. Green. 1 Peter (Two Horizons NewTestament Commentary) (Kindle Locations 544-547). Kindle Edition.]

For those of us who live in a cultural context that has been dominated by Christianity for centuries, we haven’t truly experienced exile. It’s true that Christianity, despite still claiming a majority of religious adherents in North America, no longer has the same influence and clout as it once did. This is one of the reasons why some sectors of Christianity are claiming to be persecuted. In their mind, not having the hegemonic influence they once had is tantamount to persecution. That is, religious liberty is defined as not being given seats of power. Still, even if Christians in North America (as opposed to certain parts of the world where Christians are a distinct and persecuted minority) may not be persecuted, we find ourselves being pushed toward the margins. If so, that might not be a bad thing!

It is in this context that Peter encourages the readers to embrace their status as ones born anew of imperishable seed. This comes through the “living and enduring word of God.” When it comes to defining what this enduring word of God is, we might follow the Gospel of John and see it as a reference to Jesus, the Word incarnate (John 1:1-14). We could simply see this as the basic Gospel message, which had been shared with those ransomed through Christ’s death and resurrection (Acts 6:7). While specific mention is not made here of baptism, references to new birth and salvation are often linked to baptism, so we might see this as a call to remember and affirm one's baptism, which itself a sign of our allegiance to God's realm revealed in Jesus. Whatever the interpretation, it is clear that Peter is telling us that the way of salvation, the way of being born anew, goes through Jesus who imparts to us imperishable seed.