The Lost Art of Forgiveness - A Reflection on a Parable 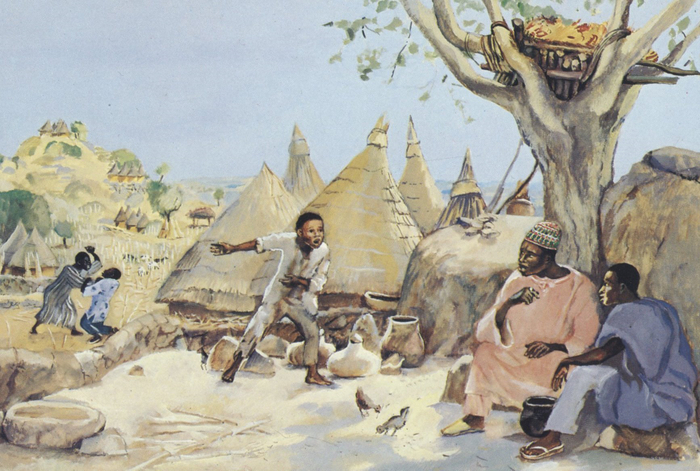 Back in January, my Wednesday afternoon Bible study group began a study of the parables, which was supposed to conclude on the Wednesday before Holy Week. Things didn’t work out as planned, as the COVID19 outbreak forced us to cease meeting in the middle of March, with three parables left to explore. We finally restarted things online last week. The parable for this week concerns the “Unforgiving Servant” (Matthew 18:21-35). It’s a parable unique to Matthew that is set in the context of a conversation about church discipline followed by a question about forgiveness. Peter approaches Jesus to ask him how many times he must forgive a brother or sister (a member of the church) who had sinned against him. Peter offered up a rather robust seven times. Jesus, however, ups the ante a bit. How about seventy-seven times? There is an even more mind-boggling alternative version suggesting seventy times seven, but either way, it would seem that Jesus is suggesting a number that only Commander Data could keep track of. Then comes the parable.

I’ll say more about the parable in a moment but let me first speak to the title of the post. I chose it because it seems as if our relationships, even within the Christian community, have become zero-sum games. We find it increasingly difficult to extend grace to one another. I understand why some of this is in play. If you’ve been treated unjustly or experienced oppression, it’s difficult to forgive. I also recognize that I write this from a place of privilege. I’m a white, male, straight, well-educated, employed, person. While I’ve been treated unfairly and unjustly at times, I can’t say I’ve experienced oppression. Nevertheless, my question still stands. How do we extend grace to one another in a time of deepening polarization? In other words, how might we hear this parable in our context?

As to the parable which is found in Matthew 18, it is offered up as a revelation of the nature of the “kingdom of heaven” (Matthew’s version of the Kingdom of God). This realm of God is likened to a king who summoned his slaves/servants (doulos). As one might expect there is a bit of hyperbole in this parable. The first slave ap
pears before the king, owing 10,000 talents. He tells the king he can’t pay it right then. He needs an extension on this loan, which is the equivalent, so I’ve learned, of about 200,000 years of everyday labor (1 talent equaling 15 years wages for a common laborer). How a slave got in debt to a level in which it would take 200,000 years to pay off is beyond imagining. Nevertheless, this poor slave gets on his knees and pleads for an extension, as if he could ever pay it off. To our surprise (are you surprised?) instead of the extension, the king writes off the debt. He’s free and clear. He owes nothing. He should be happy. You would also think that he would share the benefit of grace with others.

This where things get dicey. You see, that very same slave, who I imagine is jumping for joy because he no longer owes a debt so large that even the richest person of the day couldn’t have repaid, runs into a colleague. This fellow slave who owes him some money—the equivalent of four months' wages. This is a rather small debt that could easily be repaid. So the fellow slave gets on his knees and just as the first slave did before the king, he pleads for patience. Just give me an extension and I’ll pay it off. But no, even though the first slave had been forgiven an astronomical debt, he had no compassion for the other. Apparently, he didn’t see the connection between the two situations. Instead of offering an extension or even better canceling the debt (after all since his debt was cleared he didn’t need to collect from others to pay off the debt), he threw the second slave into prison until the debt was paid. It’s clear that he hadn’t learned the lesson of grace and forgiveness.

Of course, this didn’t sit well with the other slaves who reported it to the king, who called the slave back in for questioning. Addressing this one whom he now declares to be wicked, the king asks why he didn’t extend the same grace to the other person that was extended to him. As you might expect, things didn’t end well for that slave. He got tortured and imprisoned. With that, the parable ends. He got what he had coming to him, or so it seems. I doubt anyone hearing the parable would feel sorry for this man. He was a true scoundrel concerned only about himself. He lacked compassion, but he also lacked insight.

With the parable laid before us, Jesus gives the application. Such will happen to us if we do not forgive from the heart.

So how might we approach a passage like this in terms of our own relationships? The tendency here is to read this allegorically and assume that the king is God. Nevertheless, if we see in this parable a sign of God’s grace, how might that grace be extended to those whom we encounter in life? Do we extend grace to one another as God has extended grace to us? As you think on that, I'll just hint at a certain atonement theory that this runs into trouble with. But how do we understand grace?

I admit that it’s difficult to extend grace and forgiveness to those who have sinned against us, and yet we are recipients of grace? According to Jesus forgiveness is a sign of God’s realm. Thus, there is much to ponder regarding this parable. We can’t use it to excuse injustice and oppression, but might it give us room to be gracious to others, even as God is gracious to us?