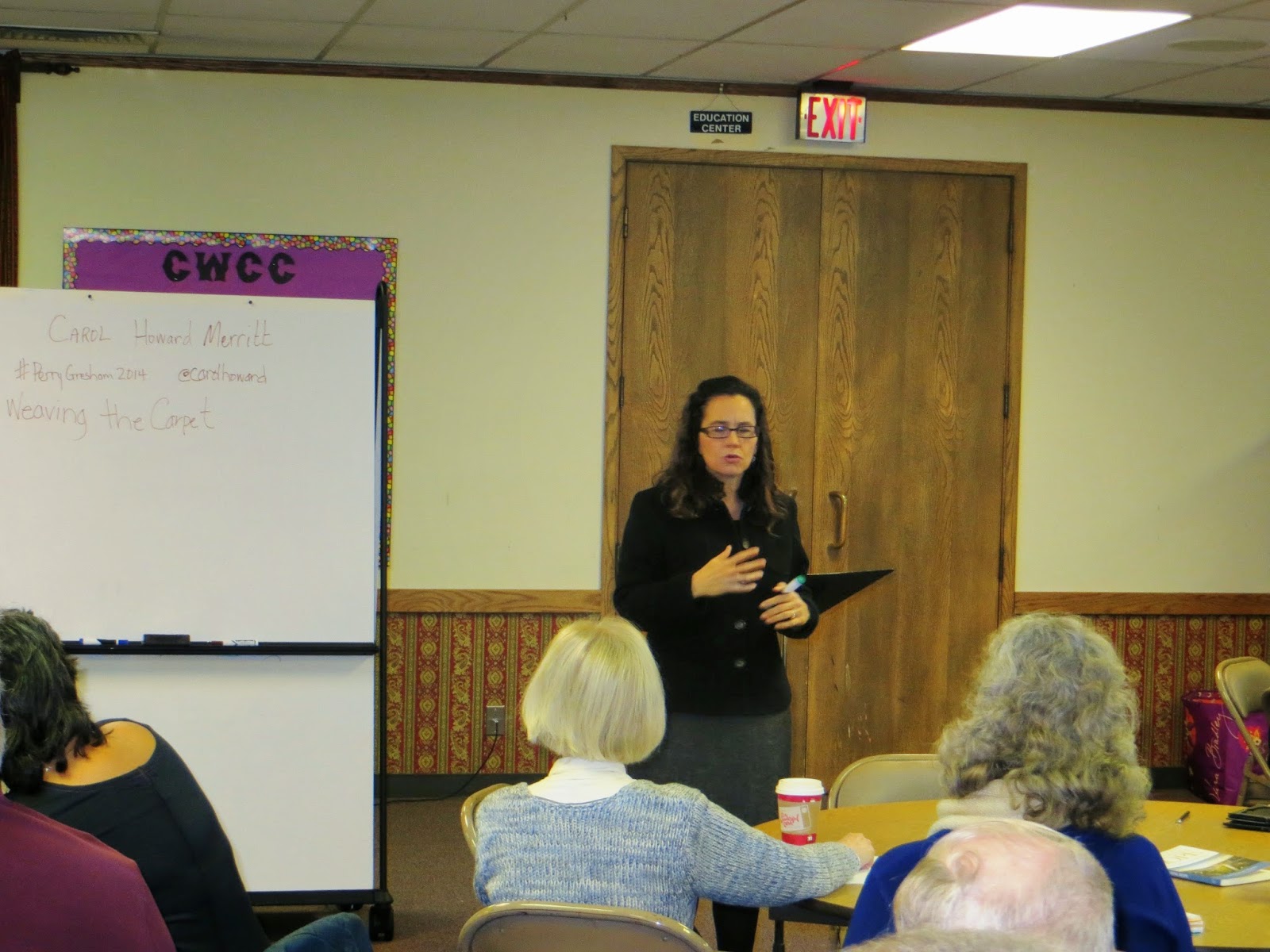 This weekend Carol Howard Merritt is at Central Woodward Christian Church for our annual Perry Gresham Lectures. The topics for the weekend have been ministering to the religiously wounded, many of whom simply are not open to the message of the Gospel.  Some call themselves "spiritually but not religious." Some designate themselves "none" when it comes to religious affiliation.  Today we talked about building vital intergenerational churches.  One of the things that Carol reminded us of is that the church is one of the few places where generationally siloed people come together. Even there we have a tendency to separate out.

The discussion that ensued focused on the way in which we have been influenced by our own histories.  What has defined the identity of the 80 year old differs from that of the 20 something.  Many Mainline churches have plenty of Baby Boomers and older, and a lot fewer GenXers and Millennials (50 and under).  That is true of Central Woodward and a lot of other churches.   But one of the things I take away from the conversation is the difficulty we have in hearing each other's stories. We make assumptions about people based on our own life experiences, which we often view as normative.  All of this makes conversation difficult and can lead a goodly number of people, especially those representing younger generations  to view the church as either irrelevant or unwelcoming.

One of the areas we covered and one that continues to be place of contention is technology.  Carol 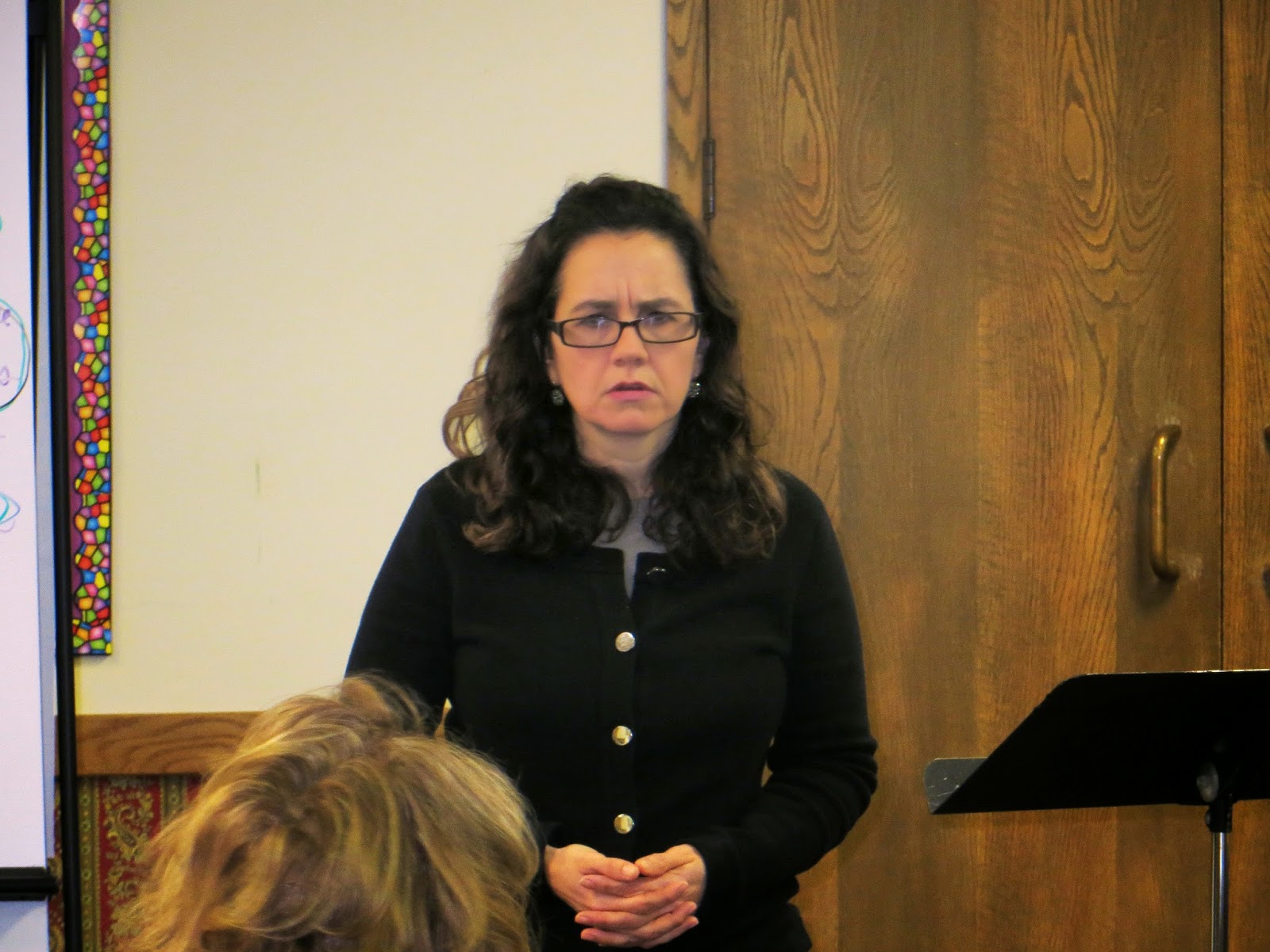 made a good point when she told the group not to criticize social media if you don't participate in it. Technology can be a force for good or force for evil.  Every generation seems to have encountered some new form of technology, which often displaces a previous form.  Think about the way in which we have moved from Pony Express (short-lived) to telegraph to telephone to email to Facebook, Twitter, and Texting (to name a few).  Aren't you glad we didn't stop our advancements with the telegraph?

Social media is a tool of communication that can be highly useful in building and maintaing relationships.  I am able to connect with people I knew in elementary school in Mt. Shasta.  I can keep in contact with college friends and ministry colleagues. I can make new friends and keep in contact with them, even if we rarely if ever see each other face to face.  I made that point in our conversation today in relationship to Carol.  We first connected with each other after I reviewed her book Reframing Hope: Vital Ministry in a New Generation.  That review led to conversations via email and social media.  We first met in person when she spoke to the Academy of Parish Clergy annual meeting in 2011.  We keep tabs on what each of us are doing through a variety of technological tools.  Yes, it is good to be together in person, but when that's not possible we can keep in conversation nonetheless.

So how do we listen to each other across generations?  Sometimes it's easier to converse with people living across the world than to engage people in your own community whom you see all the time.  What is true is that we need both the face to face and the conversations engendered by technology!

May we listen to one another and let go of preconceived notions!

Brian Morse said…
We main line Protestants miss much richness of expression and feeling by our collective poo poo of future eschatology. My fear is that we do it out of pride, "We're not like THOSE people!". I hope that I'm wrong about that. My CTS professors did not poo poo future eschatology. Ron Allen and Clark Williamson both reveal hope for a future realm that is ushered in by God. A future of shalom in which all will truly be well. I believe in it.
6:12 AM