Awake, Awake, the Son of Man is Coming -- Lectionary Reflection for Advent 1B 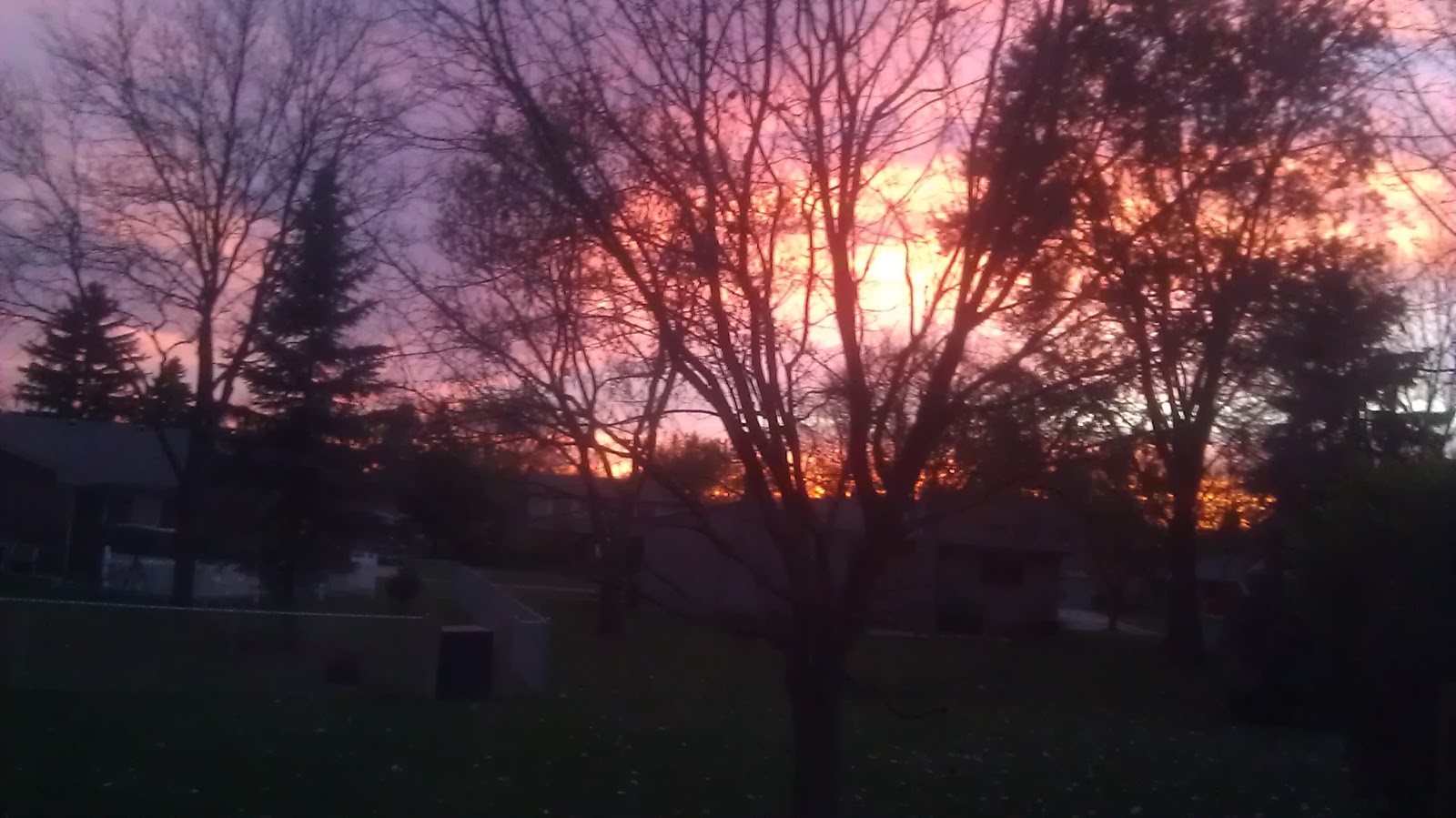 24 “But in those days, after that suffering,
the sun will be darkened,
and the moon will not give its light,
25 and the stars will be falling from heaven,
and the powers in the heavens will be shaken.

26 Then they will see ‘the Son of Man coming in clouds’ with great power and glory. 27 Then he will send out the angels, and gather his elect from the four winds, from the ends of the earth to the ends of heaven.

28 “From the fig tree learn its lesson: as soon as its branch becomes tender and puts forth its leaves, you know that summer is near. 29 So also, when you see these things taking place, you know that he[a] is near, at the very gates. 30 Truly I tell you, this generation will not pass away until all these things have taken place. 31 Heaven and earth will pass away, but my words will not pass away.

32 “But about that day or hour no one knows, neither the angels in heaven, nor the Son, but only the Father. 33 Beware, keep alert;[b] for you do not know when the time will come. 34 It is like a man going on a journey, when he leaves home and puts his slaves in charge, each with his work, and commands the doorkeeper to be on the watch. 35 Therefore, keep awake—for you do not know when the master of the house will come, in the evening, or at midnight, or at cockcrow, or at dawn, 36 or else he may find you asleep when he comes suddenly.37 And what I say to you I say to all: Keep awake.”

******************
The ancient hymn Let All Mortal Flesh Keep Silence (4th Century) sets a penitential tone for the season of Advent, which is an appropriate stance as we begin the journey of a new liturgical year:

Let all mortal flesh keep silence, and with fear and trembling stand;
Ponder nothing earthly minded,
for with blessing in his hand Christ our God to earth descendeth,
our full homage to demand.

Advent is a penitential season.  It is a time to take stock of one’s life in preparation for the great festival to be held in the coming weeks.  It is a season of hope and expectation.  It is also a season where we begin to look at how faith is related to the facts of life and whether judgment is in store for us.  In other words, Advent is an eschatological season.

Mark 13, the gospel reading before us, is known as “The Little Apocalypse,” because of its similarity in tone to Revelation.  There is the sense that the coming of the Lord demands of us a certain fear and trembling.  It requires that we be cognizant of our own resistance to the things of God.  It is a reminder that too often we fail to pay attention.  This first Sunday in Advent is, therefore, with Mark’s Gospel in hand, a wakeup call.  Yes, the Messiah is coming and not in a sleigh with eight tiny reindeer.  So be prepared.

The reading begins ominously.  The sun is darkened.  The moon fails to give off light.  The stars are falling.  The moment before the coming of the Lord is one of pure darkness.  As I prepare this meditation I’m mindful of events that took place the evening prior under the cover of darkness.  A prosecutor chose to make an announcement that a grand jury voted no indictment on a police officer who shot and killed a young African American man.  We don’t know all the details.  They are fuzzy.  The way they have been set out is meant to keep things fuzzy.  The announcement stirred anger in the crowd, and some chose violence as a way to respond.  This is nothing new.  Violence is always an option.  Others chose nonviolent protests.  The choice of timing, of course, seems to many, myself included, to be craven.  The verdict could have been just easily read at 8 AM as at 8 PM.  But the prosecutor chose to issue the report at night, when such a response could be predicted.  Why do we never learn?  Why do we try to hide under the cover of darkness?  With regard to Ferguson and Michael Brown, I as a white, middle class, pastor, must first listen to the voices calling out for justice.  I may want to understand, but in many ways I cannot.  So what is required of me is solidarity with those who grieve and mourn and suffer.

Apocalyptic texts like this one emerge out of similar feelings.  Mark writes either right before or soon after the great Jewish War that led to the destruction of Jerusalem.  Could it be that the reference to a time of suffering has in mind that reality.  Where is hope to be found in the midst of all of this destruction and grief.

In this gospel reading Jesus speaks of the coming of the Son of Man, an image that is lifted from Daniel 7:13.  The image is one of the Messiah coming riding on the clouds.  We know that Jesus often used the title “Son of Man” as a self-appellation.  The question is whether this mean to speak simply of his humanity, which he shares with us, or does it speak of something more?   Is this not a recognition that the people are crying out for a redeemer, one who will rescue them from the time of trial.  At the same time, Jesus speaks of this apocalyptic moment as one of a final verdict.  The Son of Man will come and gather the elect, the chosen ones, from the far winds.  Yes, this speaks of a final moment of gathering, much like the judgment scene spoken of in Matthew 25, the reading for Christ the King Sunday, just a week earlier.

The greatest threat to justice and mercy is complacency.  We become immune to the cries of those suffering.  We might not even hear them or understand the nature of the cry.  We fall asleep.  Our oil goes out.  We miss the sign of the fig tree, whose changing leaves signal a new day.  The signs suggest the time of deliverance and judgment is near at hand.  So will we be prepared?

There is only one problem – even if the signs are there, we don’t know the exact time and place of this coming of the Son of Man.  Not even the Son himself knows the exact time of this event.  If you know the exact time it is easy to be prepared.  Just set out your clothes, pack your bag, and set the alarm.  Then you can go to sleep knowing that when day breaks you will be ready.  But in the apocalyptic world things don’t work that way.  You can’t predict time and place, even if certain figures have made a fortune on trying to make the prediction.  It makes for best-selling fiction, but in the end proves unhelpful.  Why?  For one thing it leads to disappointment.  The followers of William Miller found that out the hard way in the 1840s.  Besides, we can get hung up on details and miss the big picture.  So don’t get caught trying to figure out what only God knows for sure.

In our context it is better to see this as a call to always be ready for the Day of the Lord.  I realize that this is not easy.  It’s difficult to stay on high alert always.  It’s a ready recipe for burn out.  You can do it for a while, but then you have to get some sleep.

Recognizing the challenges of remaining awake and alert, the word remains present with us – Don’t be found asleep when the day comes.  Don’t get complacent.  Don’t get too comfortable with your surroundings.  Instead, keep ready by being engaged in the word of God in the World.  Seek justice and mercy wherever you go.  Listen for the cries of the suffering.  This is our calling in the interim.  We all have our assignments, our callings, and it is to this work that we have been elected.

In hope we will continue to sing as the body of Christ:
O come, O Come Emmanuel, and ransom captive Israel,
That mourns in lonely exile here,
Until the Son of God appear.
Rejoice, rejoice!