A Call to Representative Ministry -- Reflection on Ordination 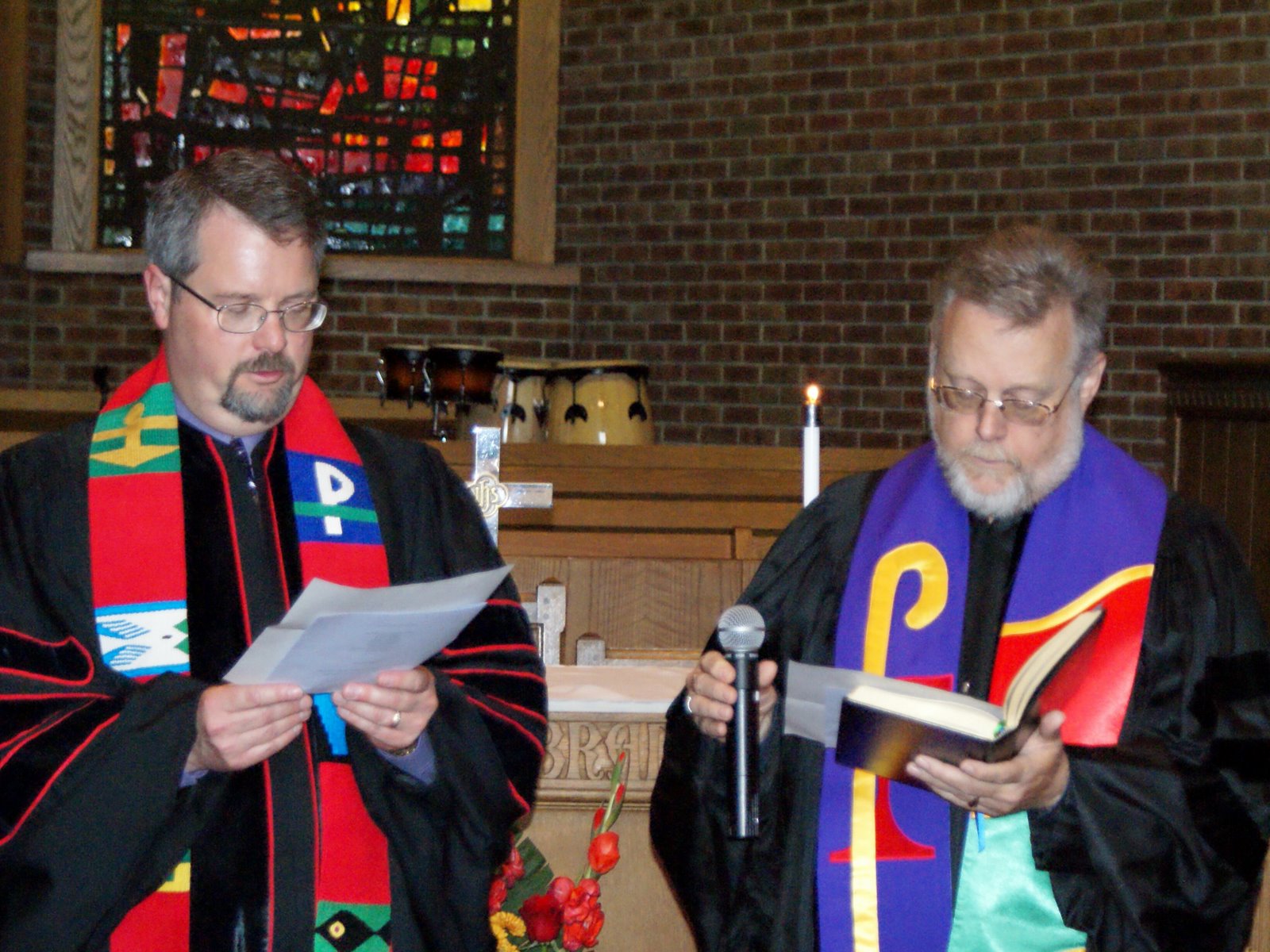 Note:  Today (Sunday), Central Woodward Christian Church, the congregation which I serve as pastor, will host the ordination of one of its' own.  In the Christian Church (Disciples of Christ), it is the Regional body that ordains on behalf of the entire church.  The local congregation, however, recommends the candidate to the Region, and often hosts the service.  Thus, I will serve as the host pastor for the ordination.  This is an exciting day for the congregation.  With that in mind I am posting excerpts from my book Unfettered Spirit: Spiritual Gifts for the New Great Awakening

One way to make sense of ordained ministry while affirming the premise that all baptized Christians are priests of God is to see pastoral ministry defined as representative ministry. The pastor would embody for the congregation the call that all members share in. Therefore, whether standing at the pulpit or the Table, the ordained minister isn’t just a representative of God to the people, but is also a representative of the people before God.  [Donald Messer, Images of Christian Ministry, (Nashville:  Abingdon Press, 1989), 64.]

By thinking of pastoral ministry as representative ministry, we start with the premise that every form of ministry is important. Therefore, no Christian is, by virtue of their office, holier than any other. There may be a difference in roles and even charism, but everyone is considered an important contributor to the health of the body of Christ. Those called to pastoral leadership don’t do ministry for God’s people, but equip and encourage the congregation in its ministries (Eph. 4:11-13). The goal of pastoral ministry is to help God’s people reach maturity in Spirit, and that maturity leads to acts of service – the good works prepared for us by God. Baptism becomes the place where the whole people of God receive their ordination to ministry. A further act of ordination designates certain people for specific forms of ministry. While God may issue the call, it’s the church that affirms the call and through ordination this affirmation is witnessed to publicly.  [Watkins, The Great Thanksgiving, (St. Louis, Chlalice Press, 1995), 218.]

The process of ordination allows the church to set standards and hold persons accountable to these standards. It’s expected that those called to pastoral ministry will live lives of committed faith, devoting them to study and to prayer. There’s the assumption too that since called to equip and lead, those called to pastoral ministry will seek the appropriate training so that they can effectively interpret and pass on the faith to those entrusted to their care (in Mainline Protestant Churches, there is an expectation that clergy will pursue the M.Div. degree) Most mainline Protestant traditions require ministers to affirm a code of ethics. The Academy of Parish Clergy, which is a professional organization for clergy, has a code of ethics that speaks to personal standards, institutional relationships, relationships with other colleagues, relationship to the community at large, financial standards, and relationship to the persons served by the clergyperson.

While there should be no double standards, where lay people aren’t expected to live up to the same standards as clergy, clergy are expected to model these standards for others. What persons who are ordained represent to the church is a way of being a minister in their daily life in ways that are commensurate to their gifts and calling. At the same time, those called into such ministries must recognize that they are not the whole expression of ministry in the church, or that everything of importance rests on their shoulders. As Bruce and Kate Epperly remind us, “while every preacher and worship leader is called to faithful excellence and healthy professional and personal boundaries in her or his ministry, she or he is not fully responsible for the spiritual growth of the congregation.”  [Bruce G. Epperly and Katherine Gould Epperly, Tending to the
Holy: The Practice of the Presence of God in Ministry, (Herndon, VA: Alban Institute, 2009), 27.]
Email Post
Labels: Call to Ministry Ministry Ordination Representative Ministry Spiritual Gifts Unfettered Spirit