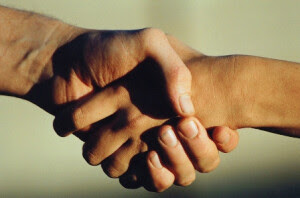 I’m rather new to Troy, having moved here nearly four years ago from Southern California. In many ways this fact made me a stranger living amongst strangers.  I did have a congregation to come to, which made it easier for me, but I still had to find my way into this new community so far away from my “homeland” on the West Coast. In many ways, even though I’ve made many new friends here in Troy and its environs, I’m still making a home in this community. I’ve been made to feel welcome, but is this true for everyone who comes to our community?

Sometimes being a stranger is rooted not just in one’s newness to a community.  There are other aspects of one’s personage that sets one apart from other in the community. In fact, there may be those in the community who aren’t comfortable with certain kinds of people, people who are different in ethnicity, language, education, economic status, culture, religion, and sexual orientation. Sometimes we tolerate the stranger – “The Other” – without actually welcoming them.

In the biblical story, both in its Hebrew (Old Testament) part and it’s distinctly Christian part (New Testament), the stranger is welcomed into the community.  To not show hospitality is deemed sinful. It is a rejection of a person created in the image of God.  In Deuteronomy, the directive is to welcome the stranger or the immigrant into the community, because Israel had once been in the same position.

He enacts justice for orphans and widows, and he loves immigrants, giving them food and clothing. That means you must also love immigrants because you were immigrants in Egypt.  (Deuteronomy 10:18-19, Common English Bible).

Then the king will say to those on his right, ‘Come, you who will receive good things from my Father. Inherit the kingdom that was prepared for you before the world began. I was hungry and you gave me food to eat. I was thirsty and you gave me a drink. I was a stranger and you welcomed me. I was naked and you gave me clothes to wear. I was sick and you took care of me. I was in prison and you visited me.’  (Matthew 25:34-36, CEB).

There are theological reasons why the stranger should be welcomed, but there are also practical reasons as well. Parker Palmer writes: “As long as we equate the stranger with the enemy, there can be no civil society, let alone a democracy where so much depends on holding the tension of our differences without fearing or demonizing the other.” [Palmer, Healing the Heart of Democracy,(Jossey Bass, 2011), p. 96].