Living in a Post-Theodosian World? 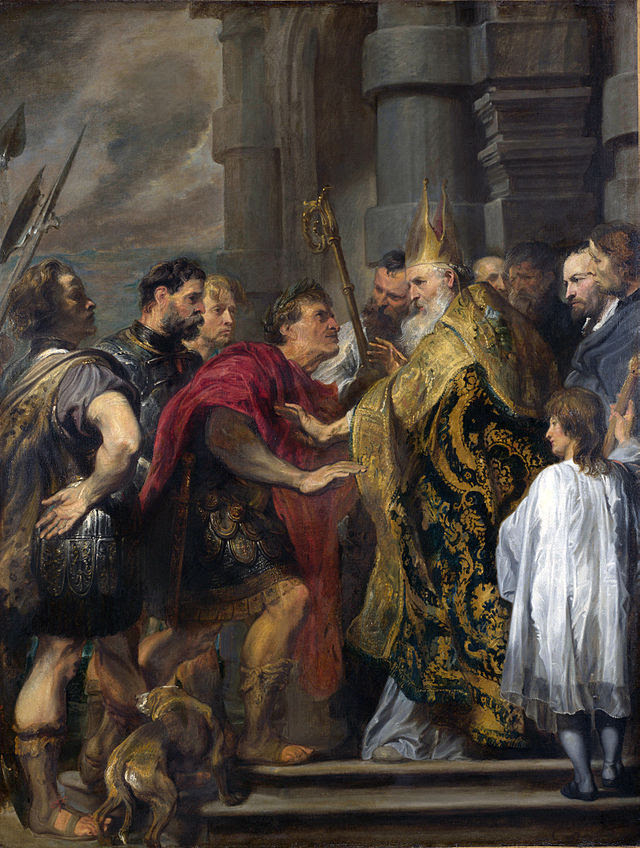 I have been reading Scot McKnight's Kingdom Conspiracy: Returning to the Radical Mission of the Local Church, (Brazos, 2014), in which Scot emphasizes the linkage between the local church and the kingdom of God. He insists that to live in the kingdom, one must live under the rule of King Jesus.  The role of the church is not to transform the world, but rather bear witness to kingdom values within an alternative community.  There is something enticing about building the church, and thus building the kingdom. But I'm not convinced.  In fact, I think that it can lead us to further abdicate responsibility for this world.  For me the mission that Jesus sends us on is rooted in the Abrahamic one of being a blessing to the nations.  My full review will have to wait for my finishing the book, but in my reflecting on this and other conversations about the role of the church in the world, I had this idea.  Perhaps we're not living in a post-Constantinian world, but a post Theodosian one.

When Constantine embraced Christianity he gave it favored status but he did not make it the state religion.  It wouldn't be until the end of the fourth century, after the ascendancy of Theodosius, that Christianity became the state religion.  Only then did one have to join the church or face persecution for resisting the state.  The vision of Theodosius would continue to develop through the next several centuries, until everything got codified under Justinian.  Interestingly the Reformers used Justinian's laws about baptism to resist the Anabaptists.  Baptism was, after Justinian, the key to citizenship.  If you had a choice in the matter, you would undermine the state.

Yes, Constantine gave favored status to Christians.  He helped build churches and encouraged doctrinal uniformity.  But the imperial cults and the old traditional religions would continue to have their place in society for many decades.  Julian would even try to reverse the gains made by Christians by revitalizing the ancient traditional religions.

So, what I'm suggesting is that in many ways -- at least in the United States -- we are living in a truly Constantinian world.  Christianity still gets certain cultural affirmations and supports, but other options remain present and compete with it.  What I'm wondering is whether we can truly return to the pre-Constantinian world.  While it is true that the cultural supports seem to be eroding, especially among younger Americans -- we are a long ways from being a persecuted minority.

Now,what is true is that the Theodosian vision is dead.  That is a good thing.  But that doesn't mean we're living in a truly Post-Constantinian world.  Even if many of the supports are gone, there remains a residue that we all continue to enjoy -- even if we rail against Constantine!  Of course, I'm willing to hear a counter proposal!
Email Post
Labels: Constantine Constantinianism Imperial Theology Kingdom of God Reflection Scot McKnight Theodosius