Where Is the Water? -- A Sermon from Exodus 17 for Pentecost 16A 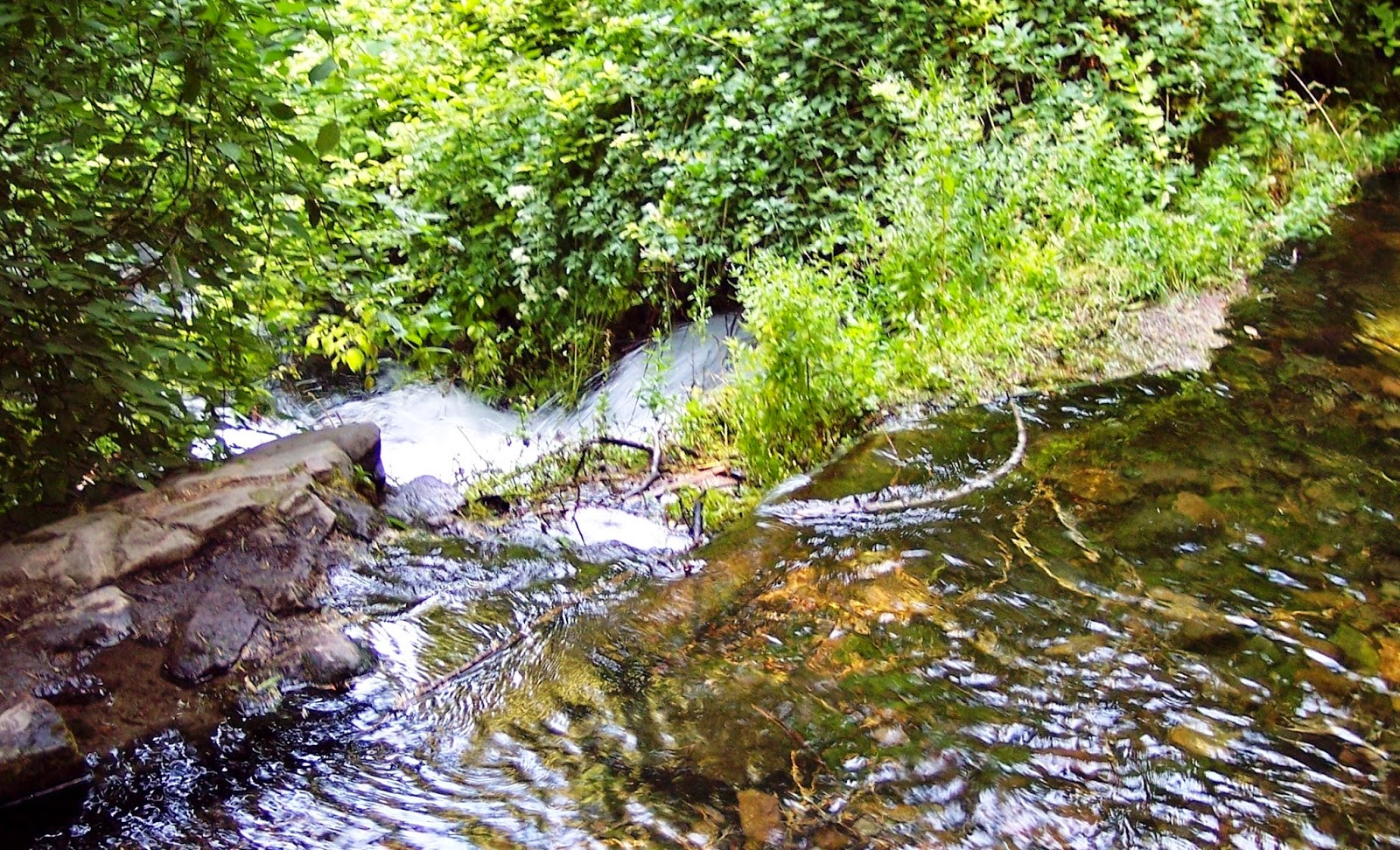 The Psalmist cries out:

O God, you are my God, I seek you,
my soul thirsts for you;
my flesh faints for you,
as in a dry and weary land where there is no water.  (Psalm 63:1)


Here in Michigan we don’t live in a “dry and weary land where there is no water.” No, we live in a state that is surrounded by 20% of the world’s fresh water.  So, thirst isn’t at the top of our concerns – is it?

But, if you’ve ever traveled through the desert, you’ve seen a “dry and wear land.”  Just looking out the window at the desolate landscape can make you thirsty.  You might even begin to get an uneasy feeling, fearing what would happen if the car stalled. What would you do?  Did you bring enough water with you?  While many plants and animals that have adapted to the desert, human beings aren’t quite so well equipped.

As we think about the importance of water, perhaps we can look farther afield – to outer space.  I was listening to Science Friday on NPR and a University of Michigan scientist was talking about the possible discovery of water on a planet 170 light years away. That’s exciting because the presence of water means that life might be present there. Without water life can’t exist, so scientists look for it when they’re exploring the stars and planets.  In fact, it’s good to remember that our bodies, on average, are composed of about 65% water.  Some of us have more than others, but if you take away the water, we won’t exist.

So it’s no wonder water plays an important role in the biblical story.  If we go back to the beginning, we find that the Spirit hovers over the waters of chaos (Genesis 1:2).  God will divide these waters to form the dry land upon which we human beings will live.  Water gives life, but as the story of Noah reminds us – it can also take life.  Drought brought Israel to Egypt and then Israel escaped Egypt by marching through the Sea and into the desert, where they finally experienced freedom.

Water also appears in the New Testament story.  John baptizes with water as a sign of repentance, and Jesus begins his own ministry in the waters of baptism.  Jesus will walk on the water and calm the sea.  On the Day of Pentecost those who follow Jesus are baptized – as is the household of Cornelius, welcoming the Gentiles into the community of faith.

This morning we get another snapshot of Israel’s journey from slavery to the Promised Land and water figures prominently in this episode.  When they set up camp at Rephidim they discover that there isn’t any water, because this is a “dry and weary land.”  They begin to complain – so loudly that Moses starts fearing for his life.  They cry out: “Why did you bring us out of Egypt, to kill us and our children and livestock with thirst?”  They understood that without access to fresh water, they would die and so they had begun to wonder where God was leading them, and if God was even with them.  Once again it seemed as if Moses was leading them to their deaths – and they weren’t happy about it.  Even Moses begins to wonder what God is up to.

Moses may be impatient – I would be impatient – but God is patient with this people whom God is molding into a community.  It seems as if God is testing their resolve.  But, apparently God had seen enough, and so God directs Moses to strike a group of rocks with the staff he struck the Nile with.  When he does this, the water begins to flow and the people are saved.  Now they have all the water they could want.  The question is – do they trust God to provide?

It is good to remember that once again God taps into nature’s abundance to sustain the people. God doesn’t create water out of thin air.  Instead as Terence Fretheim suggests, “God’s actions enable their hidden creative potential to surface” [Exodus: Interpretation, p. 190]. What is needed is guidance, and God provides it.  Is this not true for us as well?

As I was meditating on this passage, I began to think about all the ways in which water functions in our world.  Too much water can destroy – as a number of you experienced during the recent flooding.  Not enough water – as is true in California and Oregon – is also dangerous.  After seven years of drought, the fire season continues unabated, and the people are facing severe water restrictions.  While less visible, scientists are discovering that global temperatures are rising, glaciers are receding, and sea levels are rising.  The question is – how will we respond to these realities?  Will we take the steps necessary to slow down climate change so that life can continue to flourish?

More visible to us have been several interesting events that remind us that even in our region, where water is abundant, access to water can be an issue.  Remember when the algae blooms on Lake Erie shut down Toledo’s water system?  Despite the abundance of water, because agricultural runoff spurred the algae blooms, the water that sustains Toledo and Monroe and other places along the western shores of Lake Erie didn’t have safe drinking water.

Then there is the debate over the development of a regional water system, which the county executives have agreed to and the Detroit City Council has approved.  All that is needed now is the approval of the three county commissions. Tied up with this debate is the question of whether access to water is a human right or a privilege.  If it is a human right, then should water be turned off, especially if people are too poor to pay their bills?  There has been a lot of debate over all of this, but once again the importance of water to life has been highlighted.  It’s one thing to water a lawn in the desert and another to have safe drinking water in a city with an abundance of water surrounding it.

Water is so central to life that many of the world’s conflicts, especially in places where water is scarce, centers on who gets control of the water.  It is, for instance, a key component of the Israeli-Palestinian conflict.

Getting back to the people of Israel camped out at Rephidim.  This is a thirsty people.  They’re wondering about their survival.  They’re wondering whether God has their best interests in mind.  Maybe, just maybe, Moses is little more than a magician serving a malevolent deity out to get them.  Isn’t that how God is pictured in Job?  Besides, maybe this isn’t really the God of Abraham, Isaac, and Jacob.  Maybe this God is little more than a mirage!  Yes, where is God now that they’ve entered the heart of the desert?
The question of God’s absence is an important one.  If we’re honest, we have all experienced that sense of absence.  Some people more so than others.  We might find ourselves crying out with Israel “is the Lord among us or not?”

After Mother Teresa died, we learned that for much of her life, despite her holiness and service to others, she experienced the complete absence of God’s presence.  Even as she cared for the sick, the hungry, the dying, she felt like she was alone in the darkness. Yes, she was thirsting for God in a “dry and weary land, where there is no water,” and she never found relief.  Still, she remained faithful to her calling.

As the people of God we are on a journey, and sometimes that journey takes us into the desert.  So, with the psalmist we thirst for God, about whom the Psalmist declares:

15 He split rocks open in the wilderness,
and gave them drink abundantly as from the deep.
16 He made streams come out of the rock,
and caused waters to flow down like rivers.  (Psalm 78:15-16).