Yesterday was the International Day of Peace.  It is a United Nation's sponsored observance, serving to remind a world that finds peace a difficult goal to achieve, that no matter the difficulties, it is a goal to pursue.  One needn't be a pacifist to be committed to the pursuit of peace.  So, whether we are a pacifist or not, we can bear witness to the call to peace.  Jesus said:  "Blessed are the Peacemakers, for they will be called the Children of God."  Surely that is a family would aspire to! 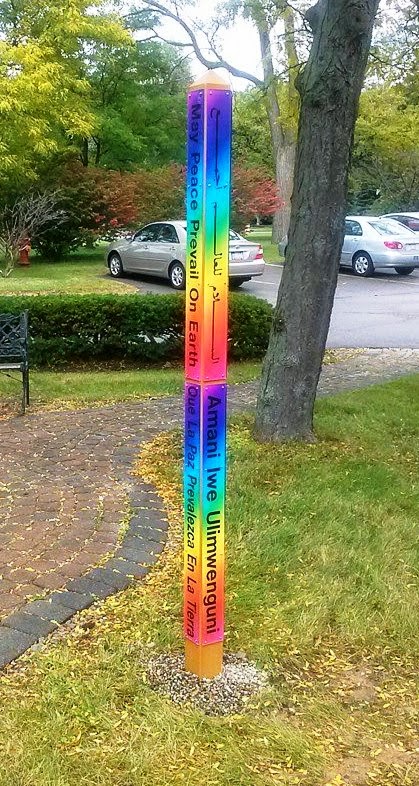 The Troy-area Interfaith Group, which I serve as Convener, has been celebrating this annual event for much of its decade-long existence, and yesterday TIG partnered with my congregation to draw together the community of Troy and its neighbors to give witness to peace from a variety of faith traditions.  The TIG observance was held in partnership with my own congregation -- Central Woodward Christian Church (Disciples of Christ) -- which was dedicating (planting) a new Peace Pole.

Peace Poles were first planted in the 1950s in Japan and came to the states about twenty years ago.  You may have seen one.  They usually include a statement about peace in English and then at least three other languages.  Ours has eight languages.  The message is simple:  "May Peace Prevail on Earth."

The observance itself included a litany of dedication, in which we dedicated ourselves to being peace makers.  It started to rain so, we moved inside quickly.  We heard a message of thanks from Mayor Dane Slater.  We heard prayers for peace from the Baha'i, Sikh, Jewish, Muslim, Hindu, Native American, Ahmadiyya Muslims, and Unitarian-Universalist Communities.  We ended the day by releasing balloons celebrating peace. 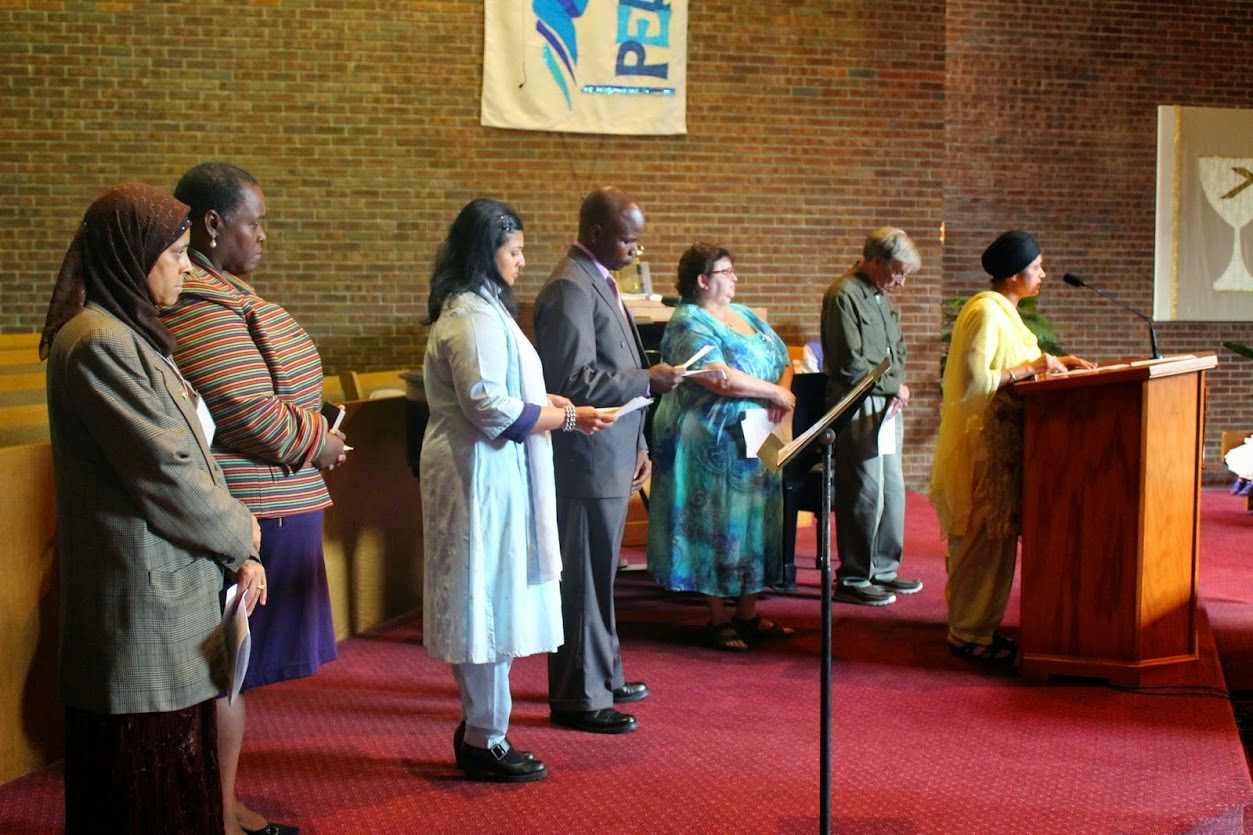 I was very pleased that our congregation chose to do this.  Although I've thought about having a pole, this effort came through our Worship Committee.  In the process of ordering the pole, our minister of music discovered that the original maker of peace poles in America (also in Michigan) was devising a new rainbow colored pole.  So he ordered it -- and thus we are the first to get this pole.

The pole, which is quite stunning sits in the circle in from of the church.  Since Central Woodward sits on the western edge of Troy -- on its  busiest street (Big Beaver Road), we are hoping it will be a pilgrimage point for people in the area.  We hope that many will come and spend time contemplating the pole and its message.  Yes, we pray that this pole will be a permanent witness to the call to peacemaking, which stands at the center of Jesus' mission.