Time to Get Real? 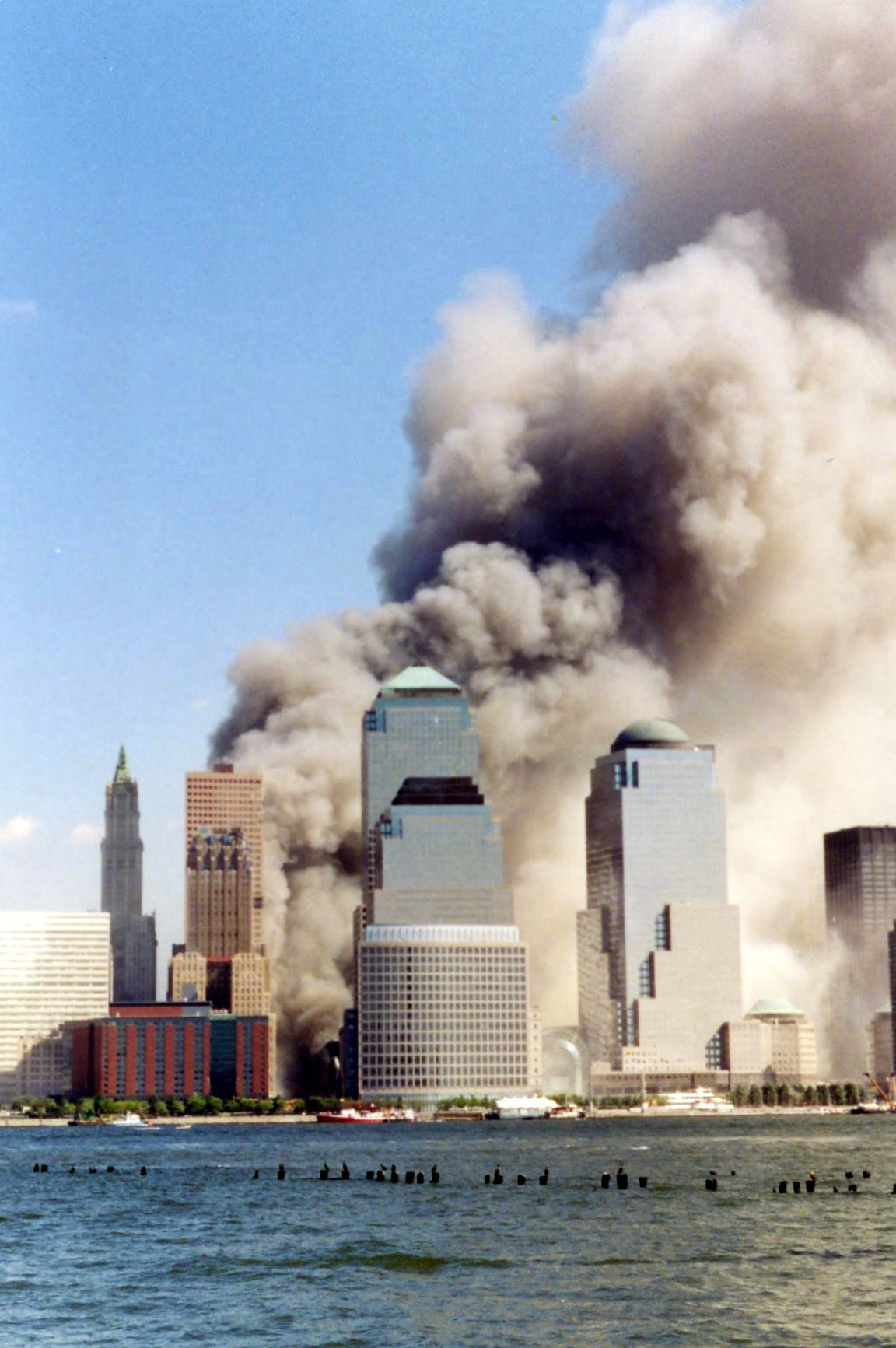 Today is the thirteenth anniversary of the terrorist attacks of 9-11.  Since then the United States has been involved in two costly wars in Afghanistan and Iraq.   Despite more than a decade of American involvement in rooting out terrorists (even killing Osama Bin Laden a decade later), the world really isn't safer.  Every year we stop to remember those who died.  Sometimes our remembering includes bellicose statements about defeating our enemies, enemies that often morph into whole peoples.

On the eve of today's remembrance, the President gave a speech outlining his strategy to defeat the latest threat (ISIS or ISIL).  After the beheading of two American journalists, the American people (or at least a sizable number) say that we need to do something.  So, we will do something.  There are those, like Senator McCain who want us to do more - probably reoccupy Iraq and invade Syria -- while others want us to simply stay out of the region altogether.  Some do so from isolationist perspectives.  Some do on the basis of a sense of pacifism.

I opposed both of the wars we entered into in the aftermath of 9-11, though I did so with regard to Iraq with more earnestness.  At the same time, I understand that nation states will not operate with the same moral earnestness as we would hope the church would.  In this, I am very much a Niebuhrian.  I h ave been reading his book from the 1930s, Moral Man and Immoral Society.  While I don't agree with all that he writes, I'm amazed how applicable what he writes between the two world wars can apply to us.

In a chapter on "The Morality of Nations" he writes:

Perhaps the best that can be expected of nations is they should justify their hypocrisies by a slight measure of real international achievement, and learn how to do justice to wider interests than their own, while they pursue their own. (Moral Man and Immoral Society: A Study in Ethics and Politics (Library of Theological Ethics)

And so it goes.  The President couched the need to build this coalition against ISIS/ISIL and authorize air strikes in Syria on humanitarian grounds, while there is tacit admission that we have national interests here that go beyond the humanitarian.  And as Niebuhr suggests, pursuit of international justice likely will involve conflict, force, coercion.  The question for Christians is what role do we play.  Are we to separate ourselves from the nation in which we live and leave national interests to others, or do we feel obligated to play a role for better or worse?

The Anniversary of 9-11 and the continuing conflicts in the world require an answer from us, especially we who are followers of Jesus, what is our place in the world?
Email Post
Labels: America and the Muslim World Anniversaries President Obama realism Reinhold Niebuhr September 11 Violence

Jeffery Agnew said…
There is a question of whether any modern war can be a proportionate response, and in that way just. I think perhaps it is time to explore a policy of neutrality in conflicts, along with a robust humanitarian role -food, hospitals, refugees etc.
7:04 PM

John McCauslin said…
In this age of the single superpower and of asymmetrical warfare the idea of proportional response makes little sense. The emotional damage which is often inflicted by the weaker party is usually far greater than the actual damage inflicted by the stronger party in response. And for many the response of the stronger party will usually appear to be an over reaction based upon the perceived size and strength of the weaker party. At the same time the more aggressive elements within the stronger nation will find any response short of total annihilation of the weaker party to be an inadequate response.
7:05 AM

John McCauslin said…
I think as Christians perhaps the most important thing we can do is to continually remind our fellow citizens that today's enemy consists of human beings who are also children of God and that however and why ever we feel the need to engage warfare today, when the weapons grow silent it will be our responsibility to assist our adversary in healing and then living into a future as fellow subjects of a Peaceable Kingdom. As Christians we are compelled to avoid falling into the mindset of vengeance, hatred and bloodlust - no matter how wounded we feel.
7:17 AM

John McCauslin said…
I think Watkins' reflection spends too little time considering the purposes of funerals. I think that the reflection should begin with developing a clear understanding of the purpose of the funeral, and from there the forms and rituals will develop organically.

With that in mind I think that the family and friends of the decedent have much to say about purposes, and from there, much to contribute as to apropos forms and rituals. With respect to the actual ritual, my personal observation is that we allow too little time for silent reflection and the chosen hymns are all too often hackneyed and irrelevant to the life and death of the decedent and to the attendees.

When the service is too impersonalized the pastor appears to just go through the motions. After all, I believe that God has already embraced the decedent, and for me the funeral is truly a form of spiritual therapy for the survivors. The job of the pastor in designing and leading the funeral is to shepherd the survivors in beginning to come to terms with their grief and with their own end of life fears. Balance is required. Seeking to impersonalize the funeral is to abdicate altogether from the work of grieving. On the other hand focusing too much on the life of the decedent is to miss the opportunity to allow the survivors to come to terms with their of own fears, and to share with them how faith can be a comfort at such times. I assume the latter are the "classic themes" to which Watkins refers.
7:52 AM

Robert Cornwall said…
John, this is just one brief post in a series. You may want to go back to his blog and read the earlier post.and then follow where he goes with it.
8:36 AM