Plotting a Coup? -- Lectionary Reflection for Pentecost 17A 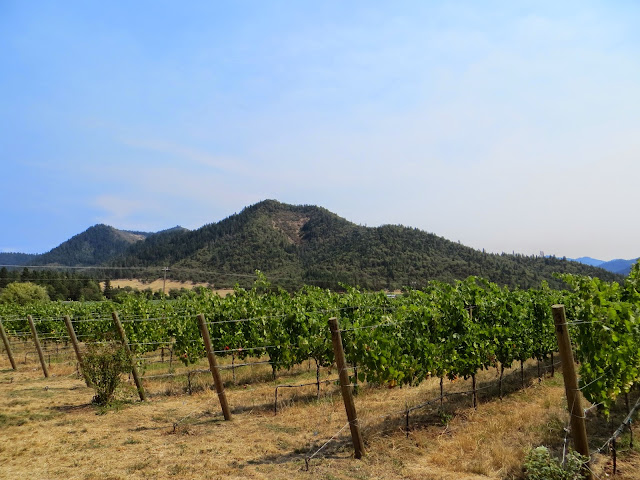 33 “Listen to another parable. There was a landowner who planted a vineyard, put a fence around it, dug a wine press in it, and built a watchtower. Then he leased it to tenants and went to another country. 34 When the harvest time had come, he sent his slaves to the tenants to collect his produce. 35 But the tenants seized his slaves and beat one, killed another, and stoned another. 36 Again he sent other slaves, more than the first; and they treated them in the same way. 37 Finally he sent his son to them, saying, ‘They will respect my son.’38 But when the tenants saw the son, they said to themselves, ‘This is the heir; come, let us kill him and get his inheritance.’ 39 So they seized him, threw him out of the vineyard, and killed him. 40 Now when the owner of the vineyard comes, what will he do to those tenants?” 41 They said to him, “He will put those wretches to a miserable death, and lease the vineyard to other tenants who will give him the produce at the harvest time.”

42 Jesus said to them, “Have you never read in the scriptures:

‘The stone that the builders rejected     has become the cornerstone; this was the Lord’s doing,     and it is amazing in our eyes’?

43 Therefore I tell you, the kingdom of God will be taken away from you and given to a people that produces the fruits of the kingdom. 44 The one who falls on this stone will be broken to pieces; and it will crush anyone on whom it falls.”

45 When the chief priests and the Pharisees heard his parables, they realized that he was speaking about them. 46 They wanted to arrest him, but they feared the crowds, because they regarded him as a prophet.

************
Jesus once again returns to the image of the vineyard – an image that spoke of Israel (God’s vineyard – Isaiah 5:1-2, 7).  As Matthew’s Gospel moves us toward the cross, we watch Jesus’ engagement with the religious leadership in the aftermath of his triumphal entry into Jerusalem.  They see him laying claim to the kingdom of God.  The religious leaders, who view Jesus as a threat to the stability of society, find themselves resisting his message.  Indeed, according to Matthew, they are plotting to kill Jesus.  And so, Jesus seeks to “out” them with this parable.

So, the landowner sends slaves to receive the owner’s share.  But the tenants refuse and instead mistreat them – even killing one of them.  Who are these slaves whom the owner has sent to get his due?  They are, most assuredly, the Prophets, whose message rarely was received with gratitude and graciousness.  Prophets tended to be mistreated – remember that Jeremiah was imprisoned and later tortured to death.

When the people refuse to listen to the slaves/prophets, the landowner decides to send his son.  Surely they will respect him and provide him with the expected share.  But once again, they choose a different course of action.  Seeing the landowner’s son arrive, they get grandiose ideas.  What if we kill the heir?  Wouldn’t that mean we would get the inheritance? Now, why they would think this is beyond me unless there is a clause in the estate plan of the landowner that the tenants get the vineyard in case of the son’s death.  Surely that isn’t the case?

But this deal about the inheritance is not the point.  The issue here is whether the religious leaders are open to a revelation from God that deviates from what they think is the norm?   Appealing to the words of the Psalmist, Jesus speaks of the cornerstone, which the builders rejected – thus undermining the entire structure (Psalm 118:22-23).  As we read this we must be cognizant of a long tradition of reading this passage in an anti-Jewish/supersessionist manner.  That is, down through the ages Christians have read into this passage the idea that God has tossed aside the Jewish people, replacing the covenant relationship God has with them for a new one made with Christians.  Thus, we are now the Covenant people of God.  But Jesus never casts judgment on the Jewish people.  He does challenge the leadership, and Jesus continues to challenge/judge religious leadership.

Religious leaders have a duty to faithfully pass on the faith, from one generation to another.  They have a responsibility to resist those who would undermine the Gospel.  At the same time, they have a duty to be aware of what God is saying in each new generation.  The canon of Scripture has, for most Christians, been closed for at least sixteen centuries, but as the United Church of Christ's identity statement suggests – God is still speaking.  The question is whether we can discern that voice when it comes to us.  In our refusal to attend to this voice, we essentially kill the heir in order to receive the inheritance.  What is that inheritance?  Control over the church.  Too often the leaders stand as guardians of the truth and miss out on what God is saying to the church, especially when they perceive those bearing this word as challenging their authority.  As Cynthia Jarvis puts it:

Looking back, we remember with shame the church’s response to prophetic voices concerning racial injustice and the role of women.  Presently, we stone those whose words challenge the reigning economic order or definition of the family. [Feasting on the Gospels--Matthew, Volume 2, 180]

Indeed, consider the push back against Pope Francis’ emphasis on economic justice and decision to live more simply, while calling on the rest of the hierarchy to do the same.  Not everyone likes the message.  They would prefer he stick to “moral” issues and stay out of economics.

In the end, the landowner comes back and throws out the tenants. Actually, the landowner will put them to a “miserable death.”  This statement of judgment is disconcerting to many.  We want the God of Jesus to be kindlier and gentler.  We prefer a God who loves everyone with a permissiveness that doesn’t disrupt our comfort zone.  That may be the reason why this parable rarely makes it on the list of most beloved parables.  In fact, none of the vineyard parables are very popular!  Still, despite our discomfort with the parable, even those who claim to love everyone, including their enemies, can’t help but gloat a bit when our purported enemies get their comeuppance.   Yes, there is a bit of that good old schadenfreude even in the most gracious ones among us.

As the passage comes to a close, the religious leaders recognize that Jesus has pointed the finger of judgment at them.  They want to get him, but they’re afraid of the crowds who hail him as a prophet.  They want to keep from making him a martyr – and therefore putting him in a class with previous prophets, including John the Baptist.   They will have to wait for another opening.

So the question for us is this – how open are we to the prophetic word that comes from God?  Are we tempted to do in the messenger?  We who are preachers, are we willing to listen to new voices, even as we seek to safeguard the tradition passed down from generation to generation?  What are the issues we need to wrestle with?  Race seems to always be on the table, as is true of women in church and society.  What about the equality of LGBTQ folks? Then there's the issue of God's preferential option for the poor -- does God have such a preference?  What is Jesus saying to us?
Email Post
Labels: Authority Change Cynthia Jarvis Kingdom of God Lectonary Matthew Pentecost Season Prophetic Christianity Psalms Reflection Religious Resistance