Isn't this the end for the church? 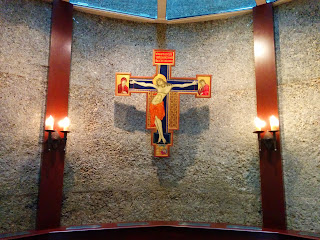 It is often said that the church and with it Christianity is on the way out. Christendom is dead. The church is irrelevant.  You're heard it said, right?  Maybe you've said it yourself.  But it appears that this sentiment isn't new. Consider this reflection by Burris Jenkins, writing in his memoir published in 1939.  Jenkins was pastor of Community Christian Church in Kansas City. He was a liberal's liberal. He was Disciple, but he didn't consider denominational lables to be that important.

In the concluding chapter, as he's finishing up his life story, he reflects in a brief paragraph about the church and its future.  I thought I'd share it with you.

Ah, but isn't the church losing out? Isn't religion on the wane? Aren't people outgrowing it, becoming absorbed in the matieral, the mundane? Ask history -- the Dark Ages, the Middle Ages, all the ages. The church has its ups and downs, its depressions and recessions. Tim eand again the populace and especially the intelligentsia have bade it good-by. But it has come out of the storm the spindrift, though its canvas was ripped and torn or else every stitch drawing. Religion has gone on in all ages and lands. No fear.  [Where My Caravan Has Rested, (Willett, Clark, & Co., 1939), p. 238}.

That was 1939, prior to the great revivals of the 1950s and early 1960s. People bemoaned the state of the church and its influence then, but perhaps we might heed this word from Jenkins -- "No Fear." The church has had its ups and downs and yet somehow it survives. Perhaps the Spirit isn't as boxed in by our whims as we'd like to think.
Email Post
Labels: Burris Jenkins Church Influence