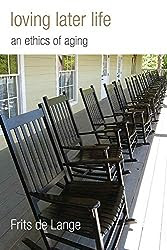 Although the young continue to set the trends and advertisers (and media) target the 18-35 demographic, the population in the developed world, including the United States, is aging. The largest generation ever is retiring at rapid pace and will like live for several decades past retirement. These new retirees and those following on their heels (myself included) are likely the parents of that preferred generational target. We are aging for two reasons—birth rates are down and we live longer than ever before. If you’ve visited a mainline Protestant or a Catholic Church, you will likely notice many people with gray hair, many of whom are over 80. This growing demographic of aging Americans will likely spend at least a decade or more attempting to remain in control of their own destiny and enjoying as much of life as their bodies and minds will allow. This is mostly true of the younger elderly (65-85), but those entering the oldest cohort of the elderly will face increasing challenges and decline both physically and mentally. For this cohort, control of one’s own life becomes increasingly problematic and thus one becomes increasingly dependent on others.

As a pastor of a mainline Protestant congregation I am called upon to minister to and with a significant cohort of elderly parishioners. I watch as they seek to maintain agency in life, and for some the challenges that age produces. Even as I minister to/with them I have become increasingly aware of my own aging status. I am within a decade of reaching retirement age myself, even as my mother and father-in-law move into what author Frits de Lange refers to as the Fourth Age (the oldest cohort of the elderly).

It is with great interest that I read Loving Later Life by Frits de Lange. As a pastor and as an aging human being I found this to be a compelling and challenging read, a book that I would strongly recommend my colleagues to read carefully. The author of the book under review is a theologian and professor of ethics at the Protestant Theological University in the Netherlands as well as Extraordinary Professor in systematic theology and ecclesiology at the University of Stellenbosch, South Africa. He writes first and foremost as a theologian and ethicist, but the book offers considerable pastoral wisdom.

The book is focused on the lives of those whom de Lange refers to as the frail elderly or those who are on the "edge of deep old age" or who have crossed the line. He invites us to consider the lives of those who experience not only the blessings of old age but "the hardships of physical/or mental impairments and often social isolation." These oldest of the old are those who are highly dependent on others. The question that de Lange asks is "which ethics best promotes the good of the frail elderly?" (p. ix).

The book is comprised of five chapters. He begins by discussing a basic ethics of aging—focusing on what he calls good aging. He discusses various attempts at formulating such an ethic, including Kantian, utilitarian, and eudemonistic, but finds that none stand up to the needs of those who are aging. This is because each position tends to be individualist and activist, leaving little room for persons who are dependent on others.  What is needed is an ethics of care that is rooted in a relational understanding of people. Such a vision started with thinking about parent/child relationships, for children are by nature dependent on their parents. But the same premises begin to come into play with the elderly who become increasingly dependent on others. To get to this new vision, de Lange offers an ethics of love that is rooted in the command to love one's neighbor as one's self. In making this move he places an emphasis often missing on the importance of loving one’s self in order to get to loving the other.  That is, in order to love the elderly we must learn to love our aging selves.

Chapter three is provocatively titled "why we do not love the elderly." I expect that many readers will find this chapter title startling and even off-putting. Yet, as he demonstrates in the chapter we have a natural aversion to aging, and it’s neither recent nor confined to America. In fact, he shows how the ancients in west and east found the young preferable to the old. Even cultures that appear to honor the elders prefer youth, for the elderly remind us that we are in fact growing older and will eventually face our own mortality. He speaks of ageism as being a form of "terror management." It helps the non-elderly deal with anxiety over aging, "keeping the awareness of aging and its inevitable decline and ending at a distance, by constructing a cultural worldview of growing older, in which everything that reminds us of deep old age at the threshold of death is kept far away" (p. 77). While we may dislike the graying or thinning of our hair, what we fear most is the loss of control and agency.

How to respond to this challenge? The author addresses this question through an ethics of love, which he derives from Nygren, Augustine, and Barth. His premise is simple: "the more and better we learn to care about our own aging selves, the more and better we may be able to understand what is needed in the care for the elderly" (p. 81). The key is not saying to aging, but finding joy in life.

Finally, de Lange calls us back to the premise of love of neighbor. That is, even though we start with love of self, we can't stay there. We must move toward of love of neighbor, respecting their humanity. He addresses important questions about responsibility, including the parent-child relationship, noting that the 5th Commandment isn't focused on small children obeying their parents, but adult children respecting and caring for their elderly parents. The question addresses here is what that means in practice. One of the keys is recognizing that even though in adulthood parents and children become friends and engage in mutual relationships, this isn't one of equality. That is, the parent never becomes the child. This is an important reminder especially for those of us in the so-called "sandwich generation." We are those who still have responsibility for our children (even if they have entered adulthood) along with increasingly dependent parents. The key here is respecting their dignity as parents. As he notes, our parents never become the siblings of our children.

The book ends in lament -- not lament for physical and mental decline that comes with old age. Rather it is a lament for "social marginalization and isolation." He concludes with these words:

"It is essential that we develop compassion for speechless old people, those who feel cut off from the rest of humankind and are unable to express their complaint any longer. We must sit down with them and share their cry." (p. 138).

I found this book to be a needed tonic for my own ministry. It helped me connect my own place in life with my ministry. It helped me look at myself and recognize my own fears and concerns, especially about my own mortality. Like many my age the near future looks bright. Retirement doesn’t look so bad, as long as I plan well enough for retirement. Visiting the grandkids and traveling, without concern about job responsibilities seems pretty attractive. At the same time, I would like to postpone or even evade the stage of life when I lose control of my own mind and body. Becoming dependent on others seems to be a retreat to an age I long ago out grew. In this book de Lange offers wisdom and guidance for the journey toward old age that is rooted and grounded in love. We are blessed to have been given this gift!
Email Post
Labels: Aging Books Elderly Ethics Frits de Lange Love Mainline Protestantism Ministry Relationality Reviews