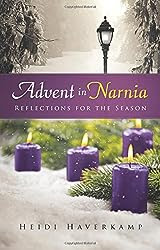 They rank among the best known and best loved set of stories. Written with children in mind they have intrigued adults as much as children. Children will be drawn to the stories of talking animals, but adults will be intrigued by the spiritual and theological elements of the stories. I first read C.S. Lewis’s The Chronicles of Narnia in high school, and I’ve read them many times since. I would venture to say that this set of stories stand at the top of  Lewis’ works in popularity. Once you are hooked into the stories, you will return time and again to them. If you have children then you will want to share them with your children. At least that was true for me and my son. Although The Magician’s Nephew, which provides a creation story, is the first volume in the series of seven books, most readers begin reading with The Lion, the Witch, and the Wardrobe. It is in this volume that we first meet Lucy, Edmund, Peter and Susan. In this volume we also find metaphorical references to the seasons of Advent, Christmas, Good Friday, and Easter.

The early chapters of The Lion, the Witch, and the Wardrobe provide grist for Heidi Haverkamp’s reflections on the Advent/Christmas season.  Haverkamp is Vicar of the Episcopal Church of Bolingbrook, Illinois. This collection of reflections for the Advent season emerged from her decision to use The Lion, the Witch, and the Wardrobe as an adult series for her church. It was such a positive experience for the congregation that she decided to share it with others, and thus this book. She writes that this book is a “perfect fit for the season of Advent. The snow, a glowing lamppost, the children, the waiting for the return of a savior, and the visit of Father Christmas make it a natural reading partner for this time of year” (p. viii).

The novel tells the story of Narnia, that land of talking animals, which is suffering under the rule of the White Witch. Under her rule, Narnia experiences eternal winter without Christmas.  The animals live in hiding fearing her wrath. There is, however, a prophesy that sons and daughters of Adam will one day arrive in Narnia, and things will change. Their coming will prepare the way for the return of Aslan the Lion. But before Aslan arrives, but after the arrival of the children, Father Christmas will return bringing Christmas back to the land. If Aslan is a stand-in for Jesus, then Father Christmas apparently serves as a placeholder for John the Baptist. The book invites us to explore Narnia, but not for its own sake. The purpose of this book is to help us know God better.

Haverkamp's book is comprised of reflections (2 pages in most cases) for each day of Advent -- twenty-eight days in all. As we consider the message of Advent through this conversation with the story of Narnia, we are prepared to embrace the message of Christmas – the coming of the savior into our midst. As we move through the four weeks of Advent we encounter the various characters present in The Lion, the Witch, and the Wardrobe, along with key moments in the book. Mixed in are meditations on Advent specific texts. And along the way, we learn about the Wardrobe – that entry point into Narnia as well as the Lamppost, that marks the border between Narnia and the Wildwoods. It is at the Lamppost that Lucy first meets Mr. Tumnus, a fawn (a mythical creature).  We learn to about the enticement of Turkish Delight, the candy that so entrances Edmund that he finds himself willing to betray his siblings. We encounter the four siblings, Mr. Tumnus, the Beavers, a Robin, Father Christmas, the White Witch, and of course Aslan. The role of Father Christmas is an interesting one. Haverkamp notes that Father Christmas is somewhat different from Santa Claus, though both wear red suits and deliver gifts. The gifts he gives the children are not toys, but tools that they will need in the difficult journey ahead.  Father Christmas like John the Baptist, shares “the news that a new time has come in which to get ready because the rightful king is on his way” (p. 52). The first five chapters of The Lion, the Witch, and the Wardrobe tell us about the state in which the four children find Narnia. There it is “always winter but never Christmas.” But with the coming of Father Christmas the snow has begun to melt, and Christmas is returning to the land. Haverkamp writes that “with Aslan’s coming, winter’s grip has been destroyed. With Jesus’ birth, sin’s power is on the run. ‘This is no thaw. This is spring.’” (p. 63).

One could easily use this as a daily devotional for personal use. It can also be used for a group study during advent, as Haverkamp has provided us with a study guide with four sessions. The study guide offers creative ways of using the book(s) and movie clips to move toward Christmas.   In addition, she offers a set of directions for hosting a Narnia Night for Families, an evening that might or might not include watching a video version. This last piece, focused on children 6-12 is an intriguing way of engaging in the book and Advent.

This is a most enjoyable book that brings together a beloved story with a season that we often overlook in our rush to Christmas. Advent is a time of preparation, a time of waiting. Narnia had been waiting for the return of Aslan to overthrow the White Witch’s hold on Narnia. If we are to welcome the Christ Child, perhaps we should wait and prepare as well. Thus, the book allows us to move at an appropriate pace toward Christmas, so that we might prepare ourselves along the way for the coming of Christ (Aslan).
Email Post
Labels: Advent Aslan Books C.S. Lewis Christmas Chronicles of Narnia Devotionals Father Christmas Heidi Haverkamp Reviews