Room for the Spirit 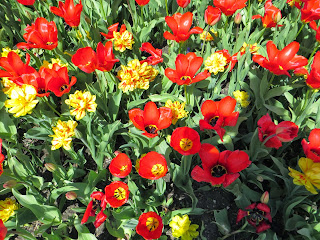 In presentations and in personal conversation Diana Butler Bass, while writing her previous book Christianity after Religion, spoke of three kinds of people.  There are the religious, the spiritual but not religious, and the spiritual and religious. I place myself in this third category. I believe that we need structure, but without the Spirit the structure is of little value. It is, in the words of Ezekiel 37 merely dry bones.

As I continue my reflections on the Spirit, the church, and mission that was stirred up by the recent Streaming Conference at Rochester College, I decided to reflect again on the message shared by Churches of Christ theologian Leonard Allen, wherein he contrasted the view of Alexander Campbell's friend and confidant Robert Richardson, with his mentor (though the interlocutor was a man named Tolbert Fanning). In the epigraph to chapter nine of Allen's book Distant Voices, titled "Room for the Spirit," we read this quotation from Richardson's 1872 book on the Spirit:

How many professed reformers [there are], to whom the gospel has come "in word only," and who seem unable to make their way out of the cocoon of formalism, which enwraps them and their religion in perpetual immaturity! [p. 63].

As a Disciple I am indebted to the founders of the movement, but that doesn't mean that they were without fault. Alexander Campbell was a creature of his day. He was heavily influenced by the reigning philosophy of the British Enlightenment -- John Locke and Scottish Common Sense Realism -- which left little room for the Spirit. Richardson was a close friend of Campbell's but on this matter he broke from his mentor and friend.  I really like this word from Richardson concerning the difficulty of those committed to "word only" to "make their way out of the cocoon of formalism." What I hear in this is that a commitment to formalism entrapped the Spirit, preventing the Spirit from moving in transformative ways. This leads, in Richardson's view to "perpetual immaturity."  How often do we suppress the Spirit so that we remain in spiritual immaturity?

Richardson recognized that some people went to emotional excess in their religion, but he felt that the opposite extreme -- a Spiritless faith -- was an even greater evil. And so he steadfastly opposed those, including his close friend Alexander Campbell, who tended to reduce the Spirit's influence to the Bible alone. [Distant Voices, p. 67].

After quoting Campbell, who insisted that everything necessary to reconcile a person to God is present in the Bible, and thus "all the power of the Holy Spirit which can operate on the human mind is spent," Allen continues: "Such views, Richardson believed, retarded spiritual vitality and growth."

A lifeless religion is of little good to us. It lacks the power to transform lives. It leaves our bones dry. Richardson, unlike Campbell seemed to understand this!