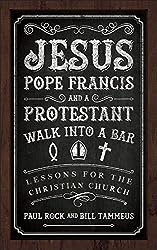 Protestants and Catholics have a long history of mutual distrust and disdain. Until very recently each saw the other as at best misguided, and at worst a heresy worthy of being rooted out, with violence if necessary. From the earliest days of the Reformation nation states fought each other with religion providing the fodder for the battles. We called these the Wars of Religion. For about a century Catholic and Protestant monarchs fought each other, hoping that their brand might gain supremacy. Animosity continued well into the twentieth century.  Even today there is occasional violence in Northern Ireland that has religious overtones. Here in the United States as recently as 1960 Protestants expressed concern and even fear that the election of John F. Kennedy would cede control over the nation to the Pope. Both conservatives and liberals questioned Kennedy’s loyalty to the Constitution. Things have changed greatly here in the States since 1960. After all, six of the nine Supreme Court Justices are Roman Catholic, with the other three being Jewish. Whatever happened to the Protestant hegemony?

Protestants may not look to the Pope as their final authority and arbiter of things Christian, but we often have an interest in what the Pope is saying and doing. John Paul II, now a saint, was for many years a beloved figure. His successor, Benedict XVI, never caught our imagination. He was too doctrinaire. He seemed to want to undo all the good things that Protestants embraced after Vatican II. Then along came Pope Francis. He seemed from the very beginning to be a very different kind of Pope. He focused less on doctrine and more on people. He showed a humility not seen of late. People again flocked to see him—and that has continued (though a meeting with Kim Davis during his visit to the United States seems to have tarnished his reputation with some).

So, what if Pope Francis and a Protestant walked into a bar accompanied by Jesus? That’s the question posed by this small book written by Paul Rock, Pastor of Second Presbyterian Church of Kansas City and Bill Tammeus, a religion writer based in Kansas City and a member of Second Presbyterian Church. The two decided it might be useful to create a book that focused on the question of what might happen if Jesus invited a Catholic and a Protestant to sit down for a drink or two? The book itself emerged from a sermon series offered by Paul Rock and two of his associates. The focus of the book is on understanding the similarities and differences between the two communities. In many ways this is a book about Pope Francis written from a Protestant perspective.

The book contains seven sermons together with a set of discussion questions for each session. The purpose is to engage Francis' message so that Protestants might find a wisdom and insight for their own lives.  Of the seven sermons, two are preached by a person other than Paul Rock.

The book begins with a session titled “Unusual Pedigree,” which invites us to consider the uniqueness of Francis’ personality as well as his ministry among the world's outcasts. The second session focuses on his leadership style -- one of humility and graciousness. In "Being There," offered by associate pastor Don Fisher, we're invited to consider Francis' commitment to justice for the marginalized, especially the poor, along with a call to build relationships with others. Engagement might be a good way of describing this vision.

In the chapter titled "Set Free," we hear a very compelling story, at least to me, about an American soldier killed in France during World War II. His friend brought him to a Catholic Church to be cared for. Because the man was not Catholic, he couldn't be buried in the church yard. Instead he would have to be buried beyond the fence. A number of years later the surviving friend returned to the church hoping to find the grave. To his dismay no grave could be found, so he went to the church to see what had happened. To his amazement the same priest was still serving the church. When asked about the grave, the priest took him to the grave, which lay within the fence. When asked how the grave got inside the yard, the priest told him he had moved the fence. That's a powerful story of inclusion, and it illustrates well an expansive vision of the church, which Francis seems to embody.

Continuing on we come upon Laura Larsen’s sermon titled "Selfie." Larsen is the youth minister at Second Presbyterian, and she uses the sermon/session to speak of the call to do something out of the ordinary, to act silly, and offers insight into the Pope's willingness to engage in silly things. She points out that he's not worried about being embarrassed by wearing a seemingly silly hat. Are we? In "Dumbing Down," Rock returns to the story of humility and the Pope's willingness to let go of respectability. Am I? In this sermon Rock meditates on the affluence of his own congregation and the need to be become incarnational. Finally, while we may find many similarities, there are important differences. Thus, in the sermon “Exploring Our Differences,” we're invited to consider those differences and what it means for the journey ahead. For all his graciousness and humility, Francis still leads a very conservative ecclesiastical institution. He may offer a softer, more welcoming tone, but he hasn’t changed the basic foundations for the church. So we remember the differences and continue to wrestle with our friends.

The book is appropriately sermonic. It reads well, as one would expect of a book that is based on a set of sermons. It’s engaging and thoughtful. It offers words of wisdom and insight. Pope Francis is not a perfect man. Protestants like me will be critical of certain stances. Still, Francis is a compelling individual. With this small book individuals and study groups have an opportunity to engage him in conversation in ways that enhance faith.
Email Post
Labels: Books Ecumenism Pope Francis Protestantism Reviews Roman Catholicism