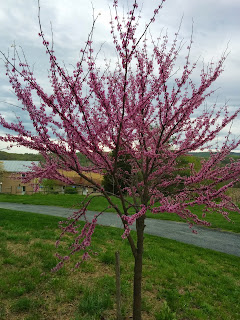 We’re only exploring a few passages from the book of Job, but even so you may be feeling a bit unsettled by what we’ve heard so far. The God we’ve met appears to control everything, and that means God is responsible not only for the good things but the bad things. Though it does appear that God uses a hired hand, The Adversary, to do the dirty work. At the same time, we’ve been hearing from Job, who has been suffering greatly despite his claims to be innocent and righteous before God. The question we’ve been hearing all along is: “why me?” And that question leads to another: Who is God?

The Bible is a sacred text, but it is also a very complex book. At times it seems to argue with itself. In many ways the message of Job offers a counter weight to the message of Proverbs. The message of Proverbs is quite simple. If you do the right thing, good things should happen. If you do bad things, then you will reap what you sow. When we read Job, we hear him crying out: “But what about me?” I try to do the right thing, but bad things have happened. His friends have been telling him all along that he must have done something wrong or he wouldn’t be in this predicament. Even God seems to be against him on this topic.

Well, in today’s reading we come the end of the story. And like most stories, the leading character lives happily ever after. The only problem with the ending is that it seems to undermine everything that had gone before. Job is found to be righteous and he gets his reward. Everyone is happy. The only problem is that we’re back where we started – in Proverbs. That’s why most scholars today think that the ending was added later to fit Job better with the message of Proverbs. While this ending may make us feel better about how God is portrayed in Job, we may want to take it with a grain of salt.

The question that needs to be raised this morning concerns how the message of Job speaks to us. We find ourselves at something of a crossroads. While the future beckons, the path forward is unclear. The past seems safer, at least in the short run. So is there a word here for us?  I believe there is.

I think we can begin with the question of where God is in all of this. I think that Job raises questions about whether God controls everything. I think the answer is no, unless God is rather capricious. I don’t think God is either capricious or absent. God doesn’t cause suffering, but God is with us in the midst of suffering and confusion, leading us forward into a new future, if we’re open to God’s leading.

There is an interesting statement in verse five of our passage. Job says to God: “I had heard of you by the hearing of the ear, but now my eye sees you.” Before all of this “stuff” happened, Job’s understanding of God depended on what he heard from others, maybe in Sunday School or from the pulpit, but now he had seen God with his eyes. He had experienced God’s presence. Yes, his experience of God had once been second-hand, but now it was a first hand experience. And this leads in verse six to repentance. Perhaps we might even say that because of this personal encounter with God, he was ready to follow God’s lead.

There is a lot of talk these days about the difference between religion and spirituality. Religion by itself is a faith dependent on what we hear with the ear. Spirituality takes us further, to what we see with our eyes. It seems that Job is now ready to move into a more spiritual experience with God.
The question is how do we move from religion to spirituality? Is it necessary to abandon the church to get there? Some believe this to be true, but I think the church can still be an agent of God’s reconciling love. So how do we get there?

Could the answer be found in verse ten? Tucked into the conclusion of the story that celebrates the restoration of Job’s fortunes is this reference to Job praying for his friends. Now, I’m assuming that these friends are the people who wanted him to confess the sins that had caused his suffering. It seems as if his fortunes are restored as a result of this prayer, but perhaps something even deeper is at work. Could it be that in his prayer for his friends he puts himself at God’s disposal? Could it be that it is prayer that enables Job to participate in God’s future, even if that doesn’t involve living happily ever after?

Earlier this week I was reading Ruth Fletcher’s book about transforming congregations. Ruth is a Disciples regional minister, and the Troy Clergy Group is reading her book. The first chapter of the book focuses on the importance of prayer in transformation. She writes that when we try to deal with anxiety, we’re tempted to either try to escape or try to control things. But neither of these tactics provide for long term health. So she writes:

Prayer calls transforming congregations to solitude rather than escape, to letting-go rather than control. Through prayer, they find serenity, even amid the noise and chaos of change. Prayer connects them to the power and presence of the Spirit that resides within and among them. [Thrive, p. 17].

Our ability to move into God’s future will require that we engage in prayer - personally and corporately. It is as we pray that we let go of our anxiety and become available to God. I think that this is what happens in this last chapter of Job.

So with this in mind, I’d like us to do something a bit different this morning. I would like us to spend a few moments in silence, so we can begin discerning the presence of God in our midst. During this moment of silence, I invite you to pray for yourself, for the church, for your family, for your community. But also listen for God’s still small voice. God may have appeared to Job in a whirlwind, but God often speaks much more quietly than that. As Ruth puts it:

Prayer allows transforming congregations to let go of the anxiety that causes them to choose the safe, the expedient, and comfortable. It helps them to make bold decisions in order to become the people they believe God is calling them to be. It allows them to say yes to God’s future, even before they know what the future will bring. [Thrive, p. 22].

Let us be in a listening mode, seeking God’s presence. After a few minutes – not too long, but long enough – we will move into song. When you hear Pat begin to play, simply join in singing hymn 506: “Healer of every Ill,” and from there I will conclude with the pastoral prayer.