Questions for God - Sermon from Job for Pentecost 20B 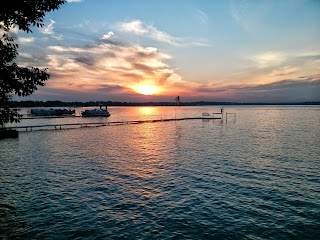 There was once a man in the land of Uz whose name was Job. That man was blameless and upright, one who feared God and turned away from evil.

6 One day the heavenly beings came to present themselves before the Lord, and Satan also came among them. 7 The Lord said to Satan, “Where have you come from?” Satan answered the Lord, “From going to and fro on the earth, and from walking up and down on it.” 8 The Lord said to Satan, “Have you considered my servant Job? There is no one like him on the earth, a blameless and upright man who fears God and turns away from evil.” 9 Then Satan answered the Lord, “Does Job fear God for nothing? 10 Have you not put a fence around him and his house and all that he has, on every side? You have blessed the work of his hands, and his possessions have increased in the land. 11 But stretch out your hand now, and touch all that he has, and he will curse you to your face.” 12 The Lord said to Satan, “Very well, all that he has is in your power; only do not stretch out your hand against him!” So Satan went out from the presence of the Lord. (Job 1:1, 6-12)

And so the story of Job begins. I offer up these opening verses to set the stage for Job’s appearance in today’s reading from the lectionary. Between this heavenly conversation and Job’s bitter questioning of God, righteous Job loses everything he valued and possessed, including most of his family. As Job sat down to ponder what had happened, a group of friends stopped by. Like good church members they want to offer words of comfort and support. At first they sit silently, but after awhile they get frustrated with Job’s complaints. Yes, Job isn’t as patient as we’ve been led to believe. After Eliphaz has his say, telling Job to repent and turn to God because God will hear the penitent sinner, Job cries out to God in bitterness. Why me? What have I done? Why won’t you listen to me?

Eliphaz thought he was speaking a word from God when he told Job to “agree with God, and be at peace” (Job. 22:21). Eliphaz meant well, but his words came across as condemnation and not support. Job remained convinced that he had nothing to repent of. In his eyes, the calamity that had befallen him was unjust.

Why do bad things happen to good people? That’s the title of a famous book by a Jewish rabbi that is based on Job’s story. It’s also a story that often resonates with many of us as we look out at the world.

Consider the mass shooting in Roseburg. Nine people died, and nine more were wounded. Why? It seems that the perpetrator wanted to make a name for himself, and the more people he killed, the better known he would be. Yes, we grieve and wonder why such things happen. We ask God: Why do the good die young?

When I was a child – just eight or nine years old – one of my classmates, a little girl named Jill Scroggins, died when the vehicle she was riding in was struck by a train. This tragic accident occurred just a block from our elementary school. As I remember the story, for some reason her father didn’t fully clean off the windows of the car and couldn’t see the train that was coming down the tracks.  Both Jill and her father were killed. It’s been nearly fifty years since that event, but her death remains with me. I didn’t see the crash. I didn’t go to the funeral. Maybe it was because I had a boyhood crush on her, but that first experience of losing someone you know to death is not easily set aside. I look back and I ask why?

Job wants to have his say in the heavenly court. He wants to make his case known to God. He wants God to answer his questions about why this horrific reality was visited upon him and his family.  He believes in his own innocence. He believes that if he can get God in the dock, then he will get an answer. Whatever he had done -- and his friends assured him that he must have done something wrong -- he wanted to see the evidence against him. Otherwise, he wants an acquittal.

You can understand Job’s bitterness. He had tried to live a righteous life. He offered sacrifices on behalf of his children. Surely God knew his heart. God had to know that he was a righteous and honorable man. So, how could such tragedy befall him? If only God would answer him, then he could prove his case. But God appears to be in hiding, and so he finds himself in darkness.

Job’s friends play an important role in the story. They represent a certain theological viewpoint that is often present in communities of faith. Theologians call this the “retribution dogma.” More popularly some speak of  karma. That is, you reap what you sow. If bad things happen to you, then you must have done something wrong. It makes sense on the surface. Do the right thing, and good things will happen to you. That’s the message of that we find in the Book of Proverbs. There is wisdom in doing the right thing. The only problem with this theology is that things don’t always work out the way we think they should.

Why did Jill die? Why the students in Roseburg? Why did the two students from Manhattan Christian College “have to die” back when I was teaching there? You see their van went off the road during a summer road trip they were taking on behalf of the college. The student who was driving the van fell asleep, and the van went off the road. Two of those students were killed. Their deaths hit the college hard, but none of us was as grief-striken as the student who survived. She had to deal with the loss of her friends and survivor’s guilt. Why did she survive while her friends didn’t?

I had another student at MCC. His name was Eric. He was my TA and he was like a member of the family. He was a lot of fun, which made him a popular youth minister. But a few years after graduation Eric developed a brain tumor that took his life. He was only in his thirties. He left behind a wife and children and a community that loved him.  Yes, why do the good die young?

Job wants an answer. Job wants to know where God is hiding and what God is up to. At the same time the thought of actually getting the chance to stand before God terrifies him (Job 23:15). Who am I, Job must be thinking, that I can actually challenge the wisdom of God? And yet, I still have my complaint!

Job wants to disappear. He wants the darkness to cover his face. Perhaps what Job is looking for is what Eric Elnes calls the Dark Wood. The Dark Wood is  “A place where the good, the bad, and the ugly in our lives can be embraced and explored rather than avoided.” Eric writes that if we learn to live in this Dark Wood then “eventually we are able to look back over the path we’ve trod and make an affirmation that is unthinkable when sticking to the Adversary’s broad streets of certainty and highways to success.” (Gifts of the Dark Wood, p. 142).

Job tried to live a righteous life. He did everything that was expected of him. We might even call him a saint. And yet that didn’t keep him from experiencing a “dark night of the soul.”

As Christians we profess belief in a loving and gracious God. At least that’s the message I try to preach. It’s the God I profess to follow. It’s the God I see revealed in Jesus and witnessed to by the Holy Spirit. The God whom I seek to follow is the God of what Eric calls “Unchanging Love.” And yet, there are events that make little sense to me. I struggle with the conflict in Syria and the forced migration of thousands of people. I can’t figure out why people, usually young men, go to schools and theaters with the intent to kill. I wish I had an answer to the challenge, but I don’t.

Job raises difficult questions. He makes it difficult to assign blame or find easy answers. Sometimes when a child dies suddenly we want to offer words of compassion, but the words we utter are often anything but compassionate. I really don’t think God needs another angel. I don’t know that the little child is in a better place. Yes, that child might be in the arms of God, but that doesn’t mean they’re with us. So, so we grieve. We wonder, even years later, what is God is up to.

We enter the Dark Wood seeking a fuller answer to our questions. We seem to know that a fuller understanding remains beyond our grasp, but we still have lots of questions. That is true even if all we can do is walk in grace, seeking the peace of God for all.