The Mighty Have Fallen - Sermon for Pentecost 5B 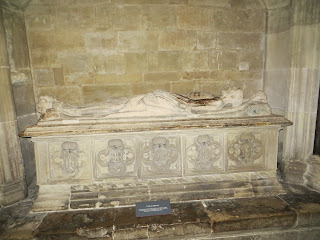 On Friday afternoon, the President delivered the eulogy for Pastor Clementa Pinckney, one of the nine members of Emanuel AME Church who were gunned down the week before during Bible study. It is a powerful statement addressing the ills that confront our nation, including racism and violence. It is also a strong statement of the grace that redeems and heals. The President began his eulogy with these words:

We are here today to remember a man of God who lived by faith. A man who believed in things not seen. A man who believed there were better days ahead, off in the distance. A man of service who persevered, knowing full well he would not receive all those things he was promised, because he believed his efforts would deliver a better life for those who followed.

After leading the congregation in singing “Amazing Grace,” the President intoned the names of those slain and called on the congregation and the nation to share in the grace that these nine had come to know:

Through the example of their lives, they've now passed it on to us. May we find ourselves worthy of that precious and extraordinary gift, as long as our lives endure. May grace now lead them home. May God continue to shed His grace on the United States of America.

The circumstances were different, but the message David delivered when the news came that Saul and his son Jonathan had been killed in battle, carries with it that same sense of grace found in the President’s remarks.

Over the course of the past few weeks we’ve met Samuel the Prophet, who anointed Saul as king, even though neither God nor Samuel were thrilled with this prospect. Over time, Saul proved to be a less than reliable ruler, so God had Samuel anoint David as his replacement. In the lectionary reading we skipped due to last week’s celebration, David proved his mettle by facing down the champion of the Philistines – Goliath. While the lectionary readings don’t reveal how the relationship of Saul and David began to sour, even as David’s relationship with Saul’s son and heir, Jonathan, began to blossom, these stories lie behind the words that David shares with his community.

When word came to David that Saul and Jonathan had died in battle, David knew that he was now the king. Although had been living in exile, waiting his turn, now he needed to rally the people of Israel. To do that he needed to reconcile himself with Saul’s supporters. This eulogy is meant to be that statement of reconciliation. David and Saul may have been rivals, but now that the mighty have fallen, the rivalry must give way to unity among the people.

Saul and Jonathan fell in battle with the Philistines. Unless the nation came together as one people they would be easy prey for the militarily stronger Philistines. If they sensed any sign of weakness, the Philistines could attack and destroy the kingdom. So, you can see why David wouldn’t want to let the Philistines gloat about their victory. This might be a time of sadness and uncertainty, but they couldn’t let the Philistines know. Israel needed to grieve the loss of these two mighty warriors, but it was politically expedient for David to draw the people’s attention to his words of praise for Saul and Jonathan. Saying it was politically expedient doesn’t mean that it wasn’t deeply felt.

Three times in this song of lament, David declared that “the mighty have fallen.” Even if David and Saul were estranged from each other, David recognized that God had called Saul to be king, and he refused to touch God’s anointed one. As for Jonathan, he was David’s closest and dearest friend. Jonathan had been put in a difficult situation. He wanted to be loyal to his father, and David acknowledges that loyalty, but Jonathan also loved David and wanted to be loyal to him as well. Jonathan even seems to have recognized that David would be the next king, ceding his own inheritance to his friend. These two are the mighty ones, warriors who defended the nation, but even as they stood together in life, they also stood together in death.

In our day, there is a sense that death is something to avoid. Over the years that I’ve served as a pastor, I’ve had conversations with funeral directors who have confirmed my own observations that we’re uncomfortable with our grief. Tom Long and Tom Lynch wrote a book titled The Good Funeral

that makes this point. We often turn moments of grief into moments of celebration, so we don’t have to deal with the reality of our loss. This may be understandable, but maybe not helpful.

Eugene Peterson writes this of David’s song of lament: “A failure to lament is a failure to connect.” He adds that this song is part of a story, in fact David is part of Saul and Jonathan’s story. Being part of this story, Peterson suggests, “means that we mustn’t get ahead of the plot – skip the hard parts, erase the painful parts, detour the disappointments. Lament – making the most of our loss without getting bogged down in it – is a primary way of staying in the story” [Peterson, Leap Over a Wall : Earthy Spirituality for Everyday Christians, p. 121].

While we are often uncomfortable with our grief that doesn’t mean that it goes away. We may want to avoid dealing with difficult issues, because conflict, like that which divided Saul and David, upsets us. We like things to stay on an even keel, but of course life doesn’t always work out that way. In our families and in our church, we experience times of sadness and grief. We feel the need to offer words of lament, but society tells us to keep that proverbial “stiff upper lip.”

We often struggle to make sense of our grief. Part of us wants to let go and get on with life. There is a time and a place when we do need to let go and move on, but as David’s song reminds us, we must first address the cause of our grief. By doing this publicly, David reminds us that we don’t have to face our grief alone. We can face our challenges together as a community.

I believe that David’s lament serves as an invitation to the community to embrace those moments when public sharing of grief is appropriate. When Peterson speaks of the importance of not skipping over the hard parts, I think he’s putting his finger on an important issue for us as individuals and as a church when it comes to death.

When someone close to us dies, we will grieve. We need to grieve. It’s only natural.  Sometimes there is a desire to skip over the painful parts, but we can’t. Now in this song David doesn’t focus on the things that divided him from Saul. He simply remembered Saul and Jonathan as Israel’s mighty ones. He mourns for Saul, but he feels distress at Jonathan’s death. Saul’s death had made it possible for him to gain the throne, but Jonathan’s death struck at his soul. So, whatever joy he felt at that moment was overwhelmed by his grief at the loss of someone so close to him.

We live in an age that seeks to avoid death. We work hard to prolong life, even when there is no real hope of recovery. We have the machines that can keep the body functioning, even if the brain is dead. But when the spirit is gone, all that remains is flesh. What is resurrected is not the flesh, but the spirit. Dealing with grief isn’t easy. It doesn’t go away over night. While a funeral service won’t resolve every issue, it does allow the community to come together and share in the grace of God that sustains us during the difficult moments ahead. So, when the mighty have fallen, we cry out to God, “take my hand, precious Lord, lead me home.”