Concerning the House of God -- Sermon for Lent 3B 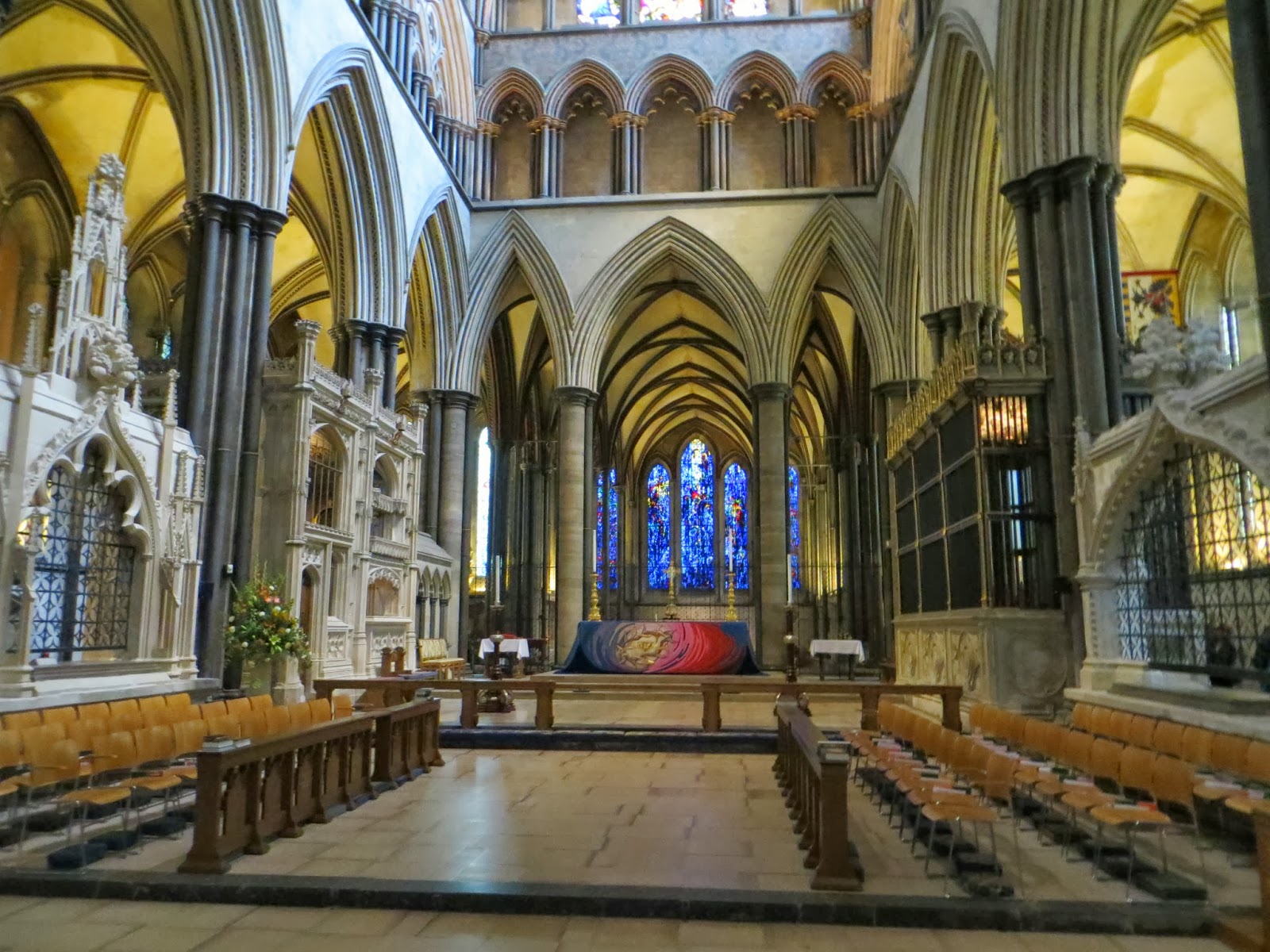 What does it mean to be the Church of Jesus?  Could that be the question raised by Jesus’ actions in the Temple?  In this story, Jesus makes a rather bold claim on the Temple. This is his “father’s house,” and it’s been turned into a marketplace.  The house of God, which Jesus was claiming for his father, was supposed to be the place where God could be encountered.

The Temple in Jerusalem was a magnificent building, much like a grand medieval cathedral. Herod the Great had begun rebuilding the Temple put up after the end of the Exile. This replacement for Solomon’s Temple was small and uninspiring. It would never do in an age when grand temples were being built across the Roman Empire. Herod built palaces and fortresses, but he also needed a Temple that could be a showplace to not only impress his subjects, who resented him for being an outsider appointed by the Romans, but also the tourists who passed through the city. The Temple Jesus entered was one of the great wonders of the ancient world, ranking with other edifices such as the Parthenon in Athens and the pyramids of Egypt. Of course he built the Temple on the backs of the people, who were taxed and drafted into work teams. It might have been magnificent, but it was also a burden to the people.

Herod’s Temple may have been a sight to behold from a distance, but when you came closer you would begin to notice its shadow side. That’s what Jesus encountered when he entered the Temple precincts.

John’s version of the story is different from that of the other Gospel writers. Instead of putting his visit to the Temple during the last week of his earthly life, John puts it right up at the beginning of his gospel, setting up the conflict between Jesus and the authorities right from the start.  But whenever it happened, Jesus was clearly shocked and dismayed by what he saw when he entered the Court of the Gentiles.  This house of worship had been turned into a marketplace where money was exchanged and animals designated for sacrifice were sold. The profits from these ventures helped pay for the upkeep of the Temple, and probably lined the pockets of the Temple elite. In a fit of righteous indignation, Jesus takes a whip and begins overturning tables, dumping out the bags of money, and chasing the animals and their vendors out of the Temple. It is a dramatic scene that appears in every Jesus movie. If you think Jesus is meek and mild, then this picture might come as a shock. John is correct that zeal for his Father’s house will consume him.

Remember the Occupy Movement of a couple years back.  That’s sort of what Jesus was doing when he entered the Temple.  He was taking possession of it in the name of God. The Temple authorities didn’t appreciate his efforts and demanded to  know by what authority this peasant from the backwaters of Galilee had disrupted business in their Temple.  It would seem that the issue here is who speaks for God – Jesus or the Temple authorities, which is why the Temple officials wanted to see his credentials.

Jesus sort of turns the tables on them once again, when he declares that if they destroy the Temple then he will rebuild it after three days. They can’t make heads or tails of this – how is Jesus going to rebuild a Temple in three days that took decades to build in the first place.  Of course, Jesus is no longer speaking of the Temple, which by the time this Gospel is written had been destroyed by the Romans, but of his body.  What he is intimating is that the Temple of God – the place where God is encountered – is not a human built Temple but is instead Jesus. They may try to destroy this house of God, but God will raise it up after three days.  Good Friday will lead to Easter.

What does this story say to the church in our day?  Could it be that Jesus is reminding us that the true Temple of God is not a building? It’s not an institution. It is Jesus himself.  He is “Beth El,” the house of God. If Jesus is the house of God then if we seek to be in communion with God, then it is to Jesus we must turn.

Paul uses a slightly different metaphor, when he speaks of the church as the body of Christ. Again it’s not the building or the institution, but the community in which Jesus inhabits.

What else does the story of the cleansing of the Temple have to say to us today? Perhaps the message is this; as Hulitt Gloer of Truett Seminary puts it:   “The ways of the world invade the church gradually, subtly, never intentionally, always in service of the church and its mission. Soon the church  is full of cattle and sheep and turtle doves and money changers” (Feasting on the Word: Preaching the Revised Common Lectionary, Year B, Vol. 2, p. 95).

When Christian Piatt was here a few weeks ago, we talked about what it means to live in a “post-Christian” age. There’s been a lot of talk recently about the collapse of Christendom, which involved the merging of the church with the dominant culture. When Constantine embraced Christianity, it seemed like a good thing for the church. Persecution ended. Christians could emerge from the shadows and worship out in the open.  They were even given a seat at the table with the powers that be. And the cross went from being a symbol of disgrace to a symbol of imperial power.  As church and state merged, people wondered where one ended and the other began. Ever since that “Constantinian Shift,” church and state have jockeyed for power.

A good example of this jockeying for power is found in the eleventh century story of the contest between the German Emperor Henry IV and Pope Gregory VII. Henry wanted to control the church in his realm. Gregory believed that the state served the church. Henry wanted to appoint bishops loyal to him, while Gregory believed that Henry’s secular authority was a gift of God given through the papacy, Henry tried to get his way by imprisoning Gregory, who in turn told the German church to stop providing services to the people.  In the end Henry gave in, and as a sign of his submission crawled through the snow on his knees before Gregory. Of course that didn’t end the contest. Church and Empire continued their efforts to get power over the other.  While the church sometimes got control of things, it usually resulted in the corruption of the church. And when the state got control, the church simply blessed whatever the state wanted to do.

There is a warning here about getting too cozy with power, but what other message do we hear in the story of Jesus cleansing the Temple? I’ve heard this passage used in discussions about whether it is appropriate to sell things like  books and coffee in the church. I’m not sure that this is what Jesus has in mind, except when selling books and coffee and other products becomes our purpose as a church.  That is, when the church becomes a commercial venture selling religious wares and services, then we had better take heed.

What Jesus often does in the Gospels is refocus our attention on the things of God. He reframes the conversation, turning our attention to the grandeur of Herod’s Temple to his body. They can destroy his body, but God will raise it up after three days.  Buildings and institutions have their place, but they don’t define what it means to be church. To be church is to be the Body of Christ, which can’t be destroyed.

One commentator suggested that this passage should make all of us a bit queasy. We can point fingers away from ourselves and at others, but since Jesus addresses religious folk, his finger is probably pointing at us. In cleansing the Temple he calls on us to rethink our priorities and loyalties. The vendors and the money changers were simply raising money to support the institution.  It was for a good cause – the upkeep of God’s house. Don’t we do the same?  The question is, when do we cross the line and  move from being the Body of Christ to being a commercial venture?

As we continue through Lent, perhaps Jesus is calling us to do a bit of soul-searching. In the midst of our reflections perhaps we’ll be called upon to let go of the things that keep us from walking with Jesus on a journey that will take us through Good Friday before we get to Easter. As we ponder that journey, it is fitting to remember that yesterday was the fiftieth anniversary of Bloody Sunday in Selma. What does that journey mean to us today as the Body of Christ?