From Words of Woe to Unbelievable News

As we head into the middle of the Lenten journey, I would like to share word that my latest book -- From Words of Woe to Unbelievable News: Alternative Voices for the Lenten Journey (Topical Line Drives Book 19)

The journey begins in Matthew 23, with two of Jesus' words of woe, warnings against hypocrisy, and ends with another selection from scripture -- the longer ending of Mark. This passage rarely if ever is touched upon in sermons because, as we know it is likely an later addition to Mark, designed to make up for the rather sudden ending to the version of Mark considered to be original (I will be preaching on the accepted ending this year).  Even if it is a later addition it does raise interesting points and was considered scripture for centuries. 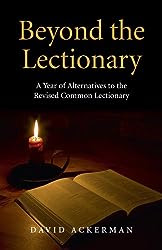 Of the readings chosen for Lent, David notes in the introduction to the book, they "are not for the timid or faint of heart and require a creative approach to bridging the cultural gap between the context of Biblical world and ours" (p. 5).  I'm pleased that David felt that I had been able to do this effectively in this set of sermons.

If you are seeking a brief book to use for meditation or even as a means of stirring up alternative paths for preaching, let me invite you to check out the book.  While you're at it, I would encourage you to check out David's alternative lectionary, which he titled Beyond the Lectionary: A Year of Alternatives to the Revised Common Lectionary