Light, Faith, and Eternal Life -- Lectionary Reflection for Lent 4B 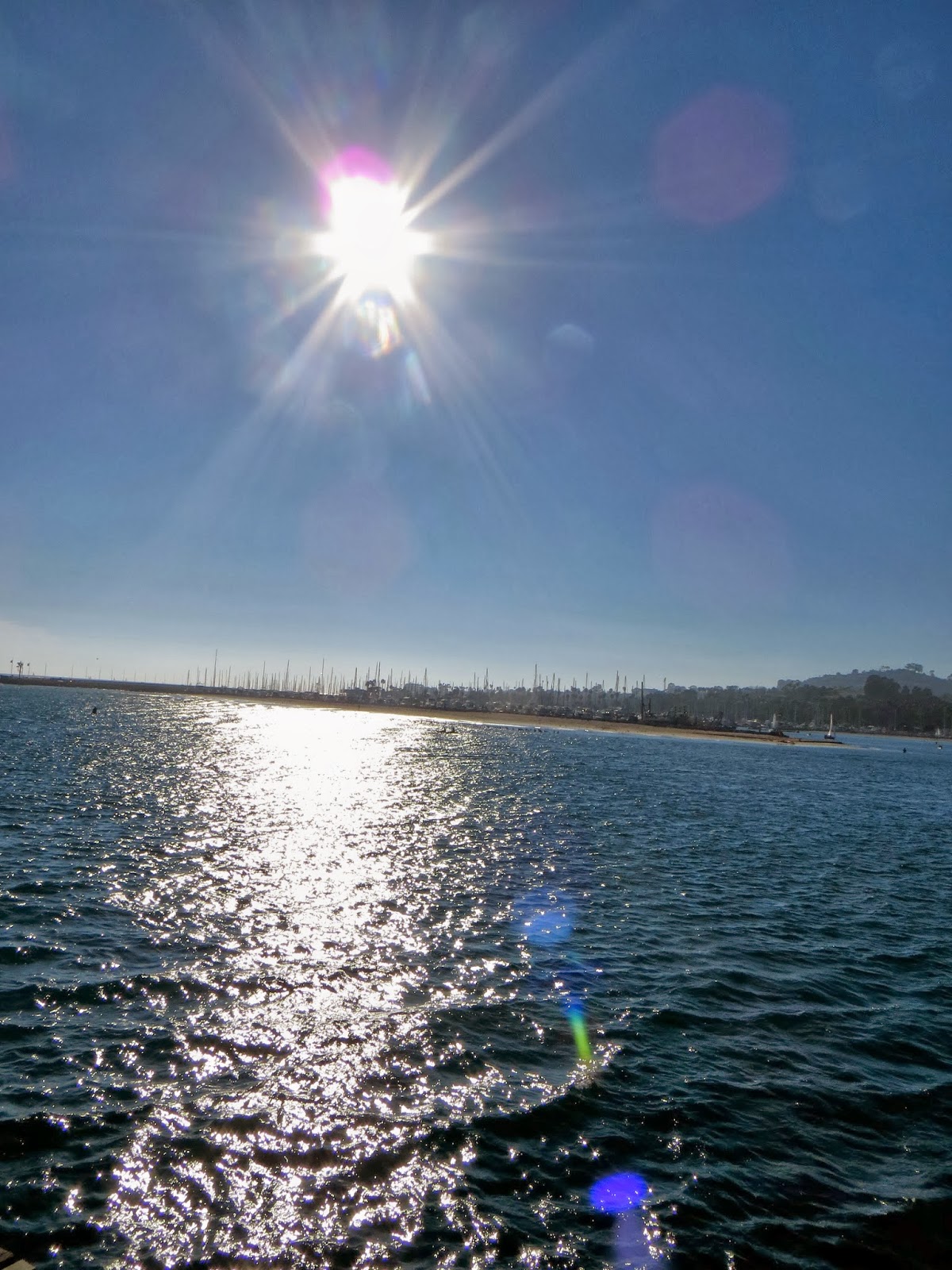 14 And just as Moses lifted up the serpent in the wilderness, so must the Son of Man be lifted up, 15 that whoever believes in him may have eternal life.

16 “For God so loved the world that he gave his only Son, so that everyone who believes in him may not perish but may have eternal life.

17 “Indeed, God did not send the Son into the world to condemn the world, but in order that the world might be saved through him. 18 Those who believe in him are not condemned; but those who do not believe are condemned already, because they have not believed in the name of the only Son of God. 19 And this is the judgment, that the light has come into the world, and people loved darkness rather than light because their deeds were evil. 20 For all who do evil hate the light and do not come to the light, so that their deeds may not be exposed. 21 But those who do what is true come to the light, so that it may be clearly seen that their deeds have been done in God.”

If you’ve memorized at least one verse of scripture, it is likely you have memorized John 3:16. It is assumed by many that the public at large knows this verse well enough that you can simply post the reference on a sign at an athletic event and the world will know exactly what it signifies. The premise of the passage is two-fold—God loves the world enough to risk the life of his only son, and if you believe in Jesus you will have eternal life. The son is the light that shines into the darkness. How one responds to this light determines one’s fate. Those who are evil will have their deeds exposed and placed under judgment. Those who believe will experience divine grace.


It is important to note that the passage speaks not just of personal salvation. John declares that God loves the world and God will save the world. There is both the personal and the universal present in the text. We can hung up on several points—one being the issue of condemnation. Judgment is present in the text, but so does grace. God’s intent is not condemnation. God gets no pleasure in judgment. God’s intent in sending the son is to redeem and reclaim the world.

We can also hung up on the question of what it means to believe. Is it mere intellectual assent to theological propositions and creeds, or is it something more?

This passage follows up Jesus’ discussion with Nicodemus about being born again. We could see this as a continuation of that discussion, or see it as an independent reflection. Could this be a sort of theological sidebar reflecting on what it means to believe and receive eternal life? According to Fred Craddock, whose death we recently grieved, the reading for today is comprised of two units—unit one is found in verses 14 and 15, while unit two comprises the remainder of the passage. Both units speak of belief and eternal life, but for our part, I want to focus on unit two, which Craddock suggests is a “theological reflection upon the meaning of Christ coming into the world.” The key to the passage is the promise that the light of God has come into the world so that good and evil can be illuminated. This light is the revelation of God, incarnated or embodied in Jesus, the son. This light does two things: it exposes the deeds of darkness and reveals the vision of God for the world. The question is—will it be received so that the world might experience salvation? Once again, in this there is both grace and judgment. There is both positive and negative effect of this act of incarnation, for as Craddock writes, “a saving presence can also be a disturbing presence.” In other words, some will receive this word and others won’t. Some will receive it as grace and others as judgment. [Preaching Through the Christian Year: Year B: A Comprehensive Commentary on the Lectionary, p. 159]

The reward for receiving this revelation of God present in Jesus appears to be eternal life.  In verse 17 John writes that God did not send the son to condemn the world, but rather to save it. That is the goal—reconciliation and redemption. Whatever salvation is, God wants that for the world.

This passage can present problems for many Christians, especially those who consider themselves Progressives. Because this passage is so linked to the idea of personal salvation, along with a particular view of the atonement (which is not present in the text) that many would rather move on and ignore the text, but could there be more to the story? If we understand this engagement with the light of God revealed in the person of Christ, there is both judgment and grace. If we’re honest ourselves and about the world in which we live we know that there is need for judgment but also grace. With Fred Craddock, I believe that both grace and judgment are found in this encounter. They’re not separate from each other, they are a tandem. Now some amongst us will not be ready to receive grace, and thus judgment will fall more heavily, but on the world as a whole the promise is one of salvation. Grace will triumph. The question is how and when will we receive this word?

As we unpack this passage, which is rich in meaning we may want to consider the connection of belief to eternal life, for there is a connection here.  Let’s start first with belief and then turn to the meaning of eternal life.

What does it mean to belief that one might have eternal life? There has been much discussion of this word of late. In part it is due to the way it has been used to enforce orthodoxy. If you can assent to the creed or the particular statement of faith that has been developed by a denomination, a seminary, an academic organization, then you’re in. If you can’t you’re out. The problem with identifying belief with intellectual assent is that it doesn’t get you very far. You might get access to the club, but not much else. Besides, as James puts it: “even the demons believe—and shudder” [James 2:19]. In reading the Gospels it is often the demons that “get it” when the disciples don’t. So, simply getting it intellectually won’t suffice. That leads James to insist that faith must be accompanied by works/actions or it is dead.

In reflecting on this word, I’ve come to understand it to have a variety of nuances. It may include intellectual assent to propositions, but surely it is more. Opening up Karl Barth’s Dogmatics in Outline, which is a reflection of sorts on the Apostles Creed, I noticed that he spoke of faith in three dimensions—trust, knowledge, and confession. For Barth Christian faith is “concerned quite decisively with a meeting.” This meeting is with “one who is not a man, but God, the Father, Son, and Holy Spirit, and by my believing I see myself completely filled and determined by this object of my faith.” [Dogmatics in Outline, p. 5-6]. To believe is to entrust one’s life to the hands of God whom we meet in Jesus, who is the Word of God.

Grace is a gift of God, but as with any gift it must be received. If I put the gift on a shelf and never unwrap it, it does me little good, especially if I fail to acknowledge the gift-giver. So when we speak of belief, we begin with trust. We put our lives in the hands of God, who is our anchor. We do this because we understand that God has promised to be there and that God will be faithful to that promise. Belief is trust.

Belief/faith is also knowledge. It may not be simply intellectual assent to a set of propositions, it our faith is not without content. It is centered in God and God’s revelation in Jesus. There is truth to behold, even if we cannot perfectly understand it. It’s not just a feeling or an experience of ultimate dependence, as Schleiermacher suggested. There is something more, something real standing behind our embrace, and that is God, whom we acknowledge to be our creator and our redeemer. For Barth, “the truth of Jesus Christ is not one truth among others; it is the truth, the universal truth that creates all truth as surely as it is the truth of God, the prima veritas which is also the ultima veritas” (p. 26). This is the scandal of particularity that causes significant discomfort for many. Surely Jesus is one path among many? Barth doesn’t think so. While I’m active in interfaith work, and respect the beliefs of my friends in other faiths, I can’t help but remain convinced that there is something unique about this revelation. Whether or not you affirm this principle, surely faith is more than a feeling!

Faith involves trust and knowledge, but it also involves confession. It involves a decision. Are you going with Jesus or not? Will you make your affirmation public? In confessing faith in God, according to Barth, involves freely accepting public responsibility for our trust and our knowledge [Dogmatics in Outline, pp. 28-31].


Belief is trust, knowledge, and confession, which leads, according to John, to eternal life. As to what John means and what we mean by eternal life, it would seem to start with the premise that this life is not all there is. We may not know exactly what lies beyond the grave, but there is a strong sense within most people that physical death does not have the last word. This is the eschatological vision of God’s realm. While the kingdom is present it is not fully present. While we often look at salvation in a personal/private sense, John reminds us that God loves the world and is intent on saving the world through Christ. This has a more universal sense to it. God is not just rescuing the perishing from this world, but saving the world itself. There is a word of judgment placed on the world, but also a means of grace. As we get on board, we participate in God’s eschatological vision, which is revealed in the ministry of Jesus. This vision is future oriented, but demands engagement in this world, which God is redeeming. Clark Williamson writes: “A church that neglects eschatology also neglects the widow, the orphan, the least of these, those excluded from the benefits of society by the power arrangements that favor the influential, the very ones to whom Jesus went—the lost sheep of this world” [Way of Blessing, Way of Life: A Christian Theology, p. 305]. The idea of eternal life reminds us that what we see is not what is ultimate. The brokenness experienced in this world is not God’s vision of hope—the eternal vision provides the goal toward which we move in the Spirit. The light has come into the world so that we might know the way to eternal life, starting now.
Email Post
Labels: Belief Clark Williamson Eternal Life faith Fred Craddock Gospel of John Grace Judgment Karl Barth Lectionary Lent Light Reflection Salvation Trust