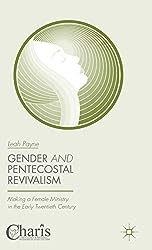 Carved into the mantle of the sitting room at the Disciples Divinity House at the University of Chicago are words of expectation that God would send “manly men” to the divinity house to prepare for ministry. The person who made that request was Edward Scribner Ames, one of the leading Modernist religious scholars of the day.  That was a hope and expectation shared by the majority of church leaders in the period running from around 1890 into the 1920s. This was an age of change, and there was a growing concern that men were not being attracted to ministry because the work of ministry – pastoral care and home visitation – seemed too feminine. To make church acceptable to men and ministry to men as well, there was the need to stress the masculinity of the profession.  One of the best known evangelists of the day, Billy Sunday, who was a former baseball player, made great use of his “manliness” in his preaching.  As a result, even though the Victorian Age, with its picture of women as being dainty and in need of care, the age of the corset, was passing, women did not find many avenues into ministry, even among the most liberal bastions of Protestantism.

Among those who found a way to swim against the tide were Marie Woodworth-Etter, a founder of the Assemblies of God, and Aimee Semple McPherson, founder of the International Church of the Foursquare Gospel.  Both women were evangelists of note in their day. Both women had to find a way to utilize their gender in a way that allowed them to take a place in this male dominated world of ministry and evangelism.

I was not familiar with Marie Woodworth-Etter until I came upon her in Leah Payne’s book Gender and Pentecostal Revivalism, but I have long been fascinated by Aimee Semple McPherson. This interest goes back to my youth, when I was a part of the denomination she founded. While in my early Foursquare circles there was a certain embarrassment about her, in time I discovered that she was an exceptionally talented and gifted woman, who broke through the barriers that were placed before her.  Over the years I’ve read most of the biographies, and I even wrote an article about her use of restorationist language in forging her theology.

What Leah Payne, a faculty member at George Fox Evangelical Seminary in Portland, Oregon, has done in this brief but scholarly book is situate both Woodworth-Etter and McPherson in the gender debates at the turn of the 20th century.  This is not a full biography of either woman, but we come out from the book with a better understanding of how their ministries were formed and developed over time. We learn that they made use of the common vision of gender present in that day.  In reaction to the Victorian Age, which was seen as undermining masculinity and undervaluing the gifts of women, this was a period in which stress was placed on the “manliness” of men (think of Teddy Roosevelt), and the “womanliness” of women.  Men were expected to be strong and virile, engaging the world at large. On the other hand, women were to find the home their domain, where they could develop their womanliness.

With regard to women, Payne notes the development of two images.  First was the educated mother.  Women were finally encouraged to seek education, but not so they could enter the professional world (at least not white middle class women), but serve as the primary educators of the children.  This was especially true of religion.  The other image was that of the “companionate wife.”   Whereas in the Victorian Age men and women lived in largely separate spheres, with both finding their closest friends among those of the same gender, now the wife was to be the best friend and companion of her husband. She was expected to be able to carry on an informed conversation with her husband and serve as an aid and confidant to him.  She might not have an outside job, but she became an important player in her husband’s life.

The two women, whose lives, Payne examines exemplify these two visions of womanliness.  While the ministries of the two women overlapped, Woodworth-Etter’s ministry was coming to a close as McPherson’s was emerging.  Woodworth-Etter had been a Holiness evangelist before becoming involved in the Pentecostal Movement.  McPherson was converted by Robert Semple, a Pentecostal evangelist, a decade after the Azusa Street Revival broke out.  Woodworth-Etter embraced the image of the “educated mother.” While she didn’t have children of her own, she portrayed herself as the mother of a movement.  She was the “Mother of Israel.” Married twice, her second husband essentially served as a manager and stayed in a supportive role.  McPherson, who made great use of bridal imagery took on the image of the “companionate wife.” While married three times, and mother of two, she portrayed herself not as the wife of a human husband, but the representative bride of Christ.

In choosing to embrace these womanly images to define their ministries, they chose not to engage men on that turf. They didn’t attempt to argue the scriptural texts, which seemed to be prohibitive of their activity. They didn’t dress or comport themselves in traditional ministerial forms, and didn’t pursue the credentials used by men.  They didn’t campaign for women’s ordination or campaign for expanded women’s rights, including the right to vote. Instead they subverted traditional forms that suggested that women shouldn’t have authority over men.   Woodworth-Etter portrayed herself in the biblical role of Deborah, who engaged in battle, but did so as a woman. She dressed accordingly – long hair tied into a bun on the top of her head and in loose-fitting white dresses that kept her covered from neck to the floor.  McPherson, taking up the bridal imagery, evolved her style over time.  She started out dressing in similar ways to Woodworth-Etter but then took on a variety of different personas – from a nurse in her early years to that of Hollywood starlet.  Both women were accused of scandalous behavior due to their broken marriages and to the way they carried themselves as preachers.

Both women were put on trial.  Woodworth-Etter, was put on trial because her opponents believed that she was hypnotizing men to get them to follow her.  The charges were rooted in part to the way she would begin services by standing silently for long periods, until she had received power to preach from on high.  McPherson’s trial was related to her disappearance in 1926, but the image her opponents sought to place on her was that of a hyper-sexualized vixen who used her sexuality to attract her followers.

Both women did use both dress and style and architecture to carry the message.  This is especially true of McPherson who seemed to become increasingly glamorous, moving from her nurse’s outfit early on to flowing gowns, with a bobbed hair style, which was the style women in Hollywood would have, but not pious Pentecostal women.  Architecturally, the women chose to build in ways that supported their vision. While Woodworth-Etter’s tabernacle in Indianapolis seemed to retain the style of the earlier revival tents (tabernacles), and thus her revivalist lineage, McPherson’s new church took on the image of a Temple that had a similar form to the movie palaces being built in Los Angeles and across the country.  Her Temple was built in such a way to focus attention on her as the central attraction.

While Woodworth-Etter’s name has faded from history, McPherson continues to have some name recognition.  Their legacies are mixed.  While they paved a way for women in ministry, neither the Assemblies nor Foursquare have had large numbers of women pastors. Payne notes the irony that once McPherson passed away in 1944, the top leadership within the denomination became completely male. Only recently was a woman named as Vice President of the denomination, the first woman to hold that office since Aimee’s daughter Roberta resigned from it in 1937. It should be noted that while Aimee’s son Rolf succeeded her as President of Foursquare, she had originally intended to pass the torch on to Roberta.  McPherson’s legacy can be seen in other ways, including the embrace by Pentecostals and others of media (she owned operated the first Christian radio station), among other things.

This is a fascinating book that explores an element of the story of the development of the role of women in ministry that few have taken up.  For those, like me, who have long been interested in the stories of one or both of these women will want to take it up.  But perhaps more importantly, this is a significant contribution to the study of gender in American religion.  While women did not take the church by storm in this period, these women were important pioneers, and therefore should be recognized for their ability to adapt themselves to the realities of the day, so that they might live out their sense of call to ministry.


While this is an important study of gender and Pentecostalism, it is also a very valuable study of the relationship of gender and ministry. I might add that while this is written as a work of scholarship (with fifty pages of end notes and a lengthy bibliography); it is quite accessible and very well written. Thus, it is highly recommended.
Email Post
Labels: Aimee Semple McPherson Books Gender Leah Payne Ministry Pentecostalism Religion and Sexuality Reviews Revivalism Women and Ministry

Robert Cornwall said…
John, while I think Christian is on to something, Disciples remain by and large wedded to a rationalist vision. It is important to remember that their vision is a response to what they viewed as the manipulation of emotions that was present in much of the revivalism of their day, and really of our day. Taking hold of the Enlightenment project they offered a more stable foundation for faith.

As you can see in the sermon the next movement is toward being with Jesus, and in the course of walking with him come to clearer understandings. As with Augustine faith leads to understanding, rather than understanding leads to faith (the Enlightenment project).
9:25 AM