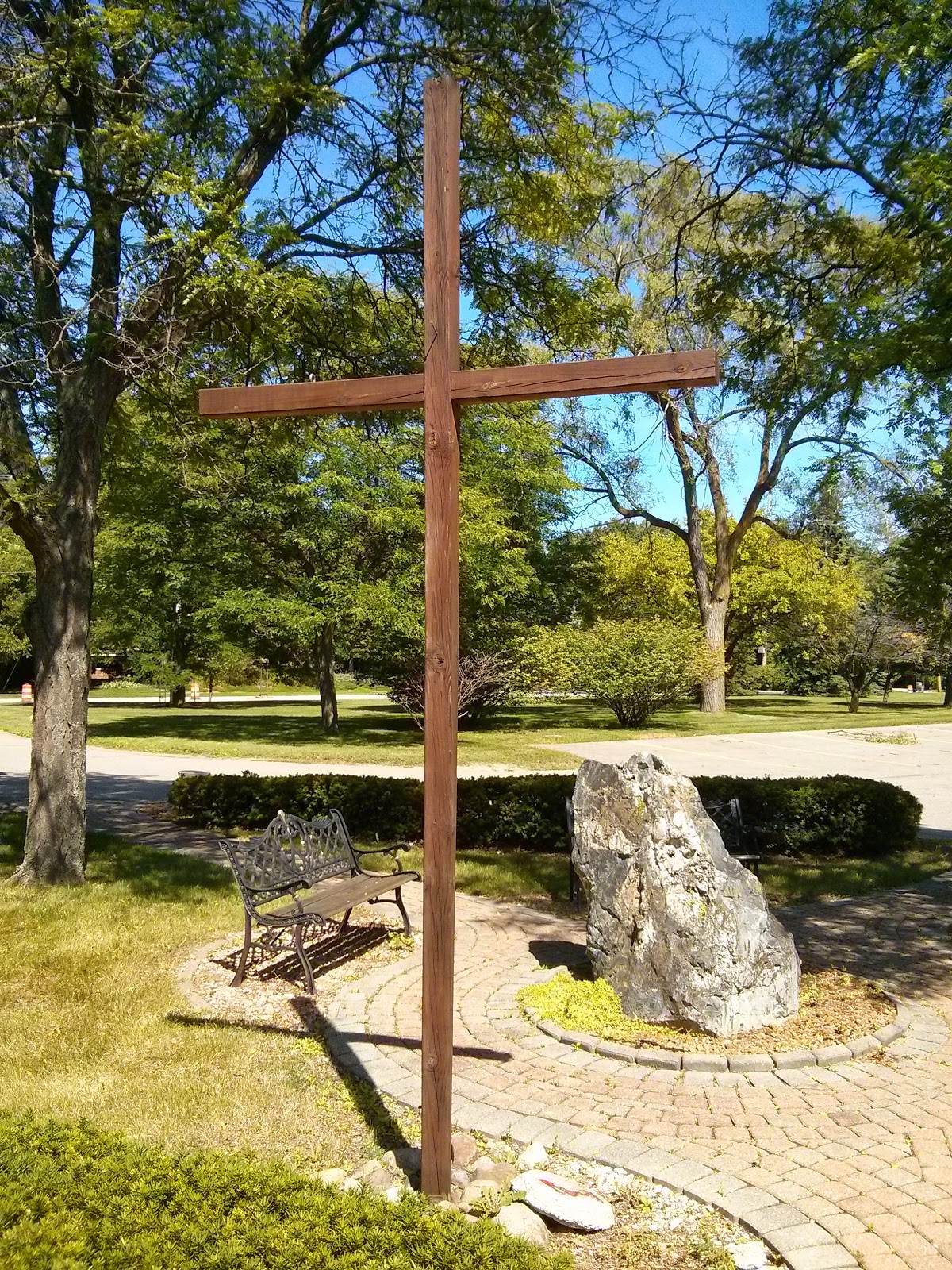 Are you saved? That's a question that gets asked by some Christian groups.  The rationale behind the question is rooted in the belief that humanity lies under divine judgment because of our sins. Using the penal substitution model of the atonement, the belief holds that because we are under a divine death sentence, the only way out is if someone else takes our place. And, as to who that person is -- it must be Jesus, the God-Man (using Anselm's term). Only the death of the God-Man has the plenitude of power to cover everyone's sins.  Therefore, if you accept Jesus as your savior, you get the benefit of Jesus' blood, and you will be saved (you get to go to heaven). That's a fairly simplistic way of putting it, but that gets the point across.

At bottom of this question is guilt.  I need to be saved because I am guilty of sin, and as Paul says the "wages of sin is death." while God's free gift is eternal life (Romans 6:23).  Now this all requires us to accept the premise of guilt.  While we might accept the idea that we all sin and fall short of the glory of God (Romans 3:23), have we really acted so badly that we deserve a death sentence?  How, we might ask, does this fit in with the idea that we serve a loving and gracious God?  No wonder many mainline Protestants have issues with traditional atonement theory.

I write all of this because I've set before myself a sermon series focusing on salvation.  If we hail Jesus as savior, which Scripture does, then in what way is he the savior?  In the course of these sermons I'm hoping to expand the definition of salvation so it makes sense for us, while remaining rooted in the biblical witness.

My question then is -- from what are we being saved?

As we think on this question I find helpful the observation of Douglas John Hall, that Christian doctrines of salvation (soteriology) evolved in response to "specific, changing contexts." He suggests that there are three basic types of atonement theories:  rescue (liberation), sacrifice (satisfaction), and demonstration.  Each of these have some roots in the biblical story of the cross and resurrection, and that each has dominated in certain contexts [Professing the Faith, p. 403].  Each theory seeks to answer the question of what Christ has done for us -- on the cross.  Hall suggests as well that each has emerged as a response to "a profound, original exposure to historical human suffering" (p. 404).

So here's the question I want to pose to those, like me who live within a western, middle-class experience.  Hall writes that in answer to the question why must Jesus suffer (and thus God suffer), "God suffers because God's creation suffers and 'God is love'" (p. 414).  So, what are we, middle class first world Christians suffering?  Hall points us to Paul Tillich who speaks of three types of anxiety -- fate and death; guilt and condemnation; meaninglessness and despair.  Hall follows up by suggesting that each atonement theory addresses one of these (p. 415).  Each theory has its positive and negative aspects, even as each of the three anxieties are present in every context.  I am wondering, though, whether for us, the anxiety that is most prominent is that of meaningless and despair?
Email Post
Labels: Anxiety Atonement theories Christ and salvation Douglas John Hall Jesus Christ Salvation

Steve Kindle said…
Meaninglessness and despair work for me! In a heavily materialistic consumer culture where "the one with the most toys wins!" (meaninglessness) coupled with a plethora of pluralistic solutions (despair at the truth), people are even more anxious about themselves than in Tillich's day. This is likely why the rate of addition (trying to fill the void) is so high. So, preach on brother; I will be listening, for sure.
1:13 PM