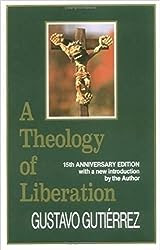 I am in the midst of a sermon series that is exploring the concept of salvation (soteriology). In my second sermon in the series, I am focusing on the premise of Jesus as liberator. In the course of that conversation I am working with Liberation Theology, to which I devoted considerable attention during my seminary studies (yes I delved into Liberation Theology at an evangelical institution!). I believe that there is a strong liberationist message in scripture. It is present in the Exodus. It is present in the Prophets, and it is present in the Gospels as well (consider the Magnificat).

One of the premises of Liberation Theology is that sin is not simply personal, but that it is social as well -- perhaps even first of all social.  Gustavo Gutierrez is one of the founders of the Latin American version of Liberation Theology.  He speaks of sin in this way (and I should note the masculine language present throughout):

But in the liberation approach sin is not considered as an individual, private, or merely interior reality -- asserted just enough to necessitate a "spiritual" redemption which does not challenge the order in which we live. Sin is regarded as a social, historical fact, the absence of brotherhood and love in relationships among men, the breach of friendship with God and with other men, and therefore, an interior, personal fracture. [A Theology of Liberation, p. 175]

Sin is evident in oppressive structures, in the exploitation of man by man, in the domination and slavery of peoples, races, and social classes. Sin appears, therefore, as the fundamental alienation, the root of a situation of injustice and exploitation. [p. 175]

If sin is a social experience, then what of salvation or redemption?  Gutierrez declares that due to the radical nature of sin, then there needs to be a radical form of redemption, which he sees as being a gift of Christ.  Through his death and resurrection, Jesus redeems us from sin and its consequences. That is, he brings about justice in our lives. Liberation has three forms -- political liberation, liberation of humanity in history, and liberation from sin and admission to communion. They are different, and yet they are interrelated. Political liberation is linked to liberation from sin, such that "any effort to build a just society is liberating. And it has an indirect but effective impact on the fundamental alienation. It is a salvific work, although it is not all of salvation."